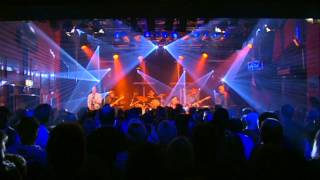 
Paul Melvyn Carrack is an English singer, songwriter, composer and multi-instrumentalist who has recorded as both a solo artist and as a member of several popular bands. The BBC dubbed Carrack "The Man with the Golden Voice", while Record Collector remarked: "If vocal talent equalled financial success, Paul Carrack would be a bigger name than legends such as Phil Collins or Elton John."


Carrack rose to prominence in the mid-1970s as the frontman and principal songwriter of Ace, and gained further recognition for his work as a solo artist and for his tenures as a member of Roxy Music, Squeeze and Roger Waters' backing band, The Bleeding Heart Band, intermittently handling lead vocals on Squeeze and Waters recordings. From the mid-1980s to the late 1990s, he enjoyed considerable success as the co-lead singer and a songwriter for Mike + The Mechanics; following Young's death in 2000, Carrack served as the band's sole lead vocalist until his departure in 2004. He maintains an active solo career to the present day.


Carrack sang some of his affiliated bands' best-known hits, including Ace's "How Long"; Squeeze's "Tempted"; and Mike + The Mechanics' "Silent Running ", "The Living Years" and "Over My Shoulder". He also performed lead vocals on tracks from the Roger Waters albums Radio K.A.O.S. and The Wall – Live in Berlin, and achieved a major solo hit with "Don't Shed a Tear". Carrack's songs have been recorded by artists such as Linda Ronstadt, the Eagles, Diana Ross, Tom Jones, Michael McDonald and Jools Holland, and he has served as a session and/or touring musician for the likes of Elton John, Eric Clapton, Ringo Starr, B.B. King, The Pretenders, The Smiths and Madness.


Carrack's recording career began with the jazz-rock band Warm Dust, who released three albums of original material between 1970 and 1972. Carrack was the keyboard player for the band, occasionally playing other instruments, with Les Walker as the lead vocalist.


After Warm Dust broke up, Carrack and Warm Dust bassist Terry "Tex" Comer helped to found the pub rock band Ace. The band's debut single, "How Long", was written and sung by Carrack and was a 1975 hit in both the UK and the United States. The track was Ace's only hit record and in 1977 the group disbanded. Carrack then worked as a backing musician for Frankie Miller and as a keyboardist for Roxy Music.


Carrack issued his first solo album, 1980's Nightbird. It was not a commercial success.


This article uses material from the Wikipedia article "Paul Carrack", which is released under the Creative Commons Attribution-Share-Alike License 3.0.