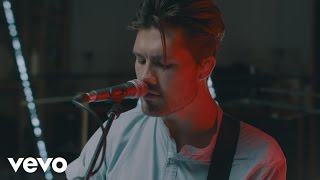 Oh Wonder - Without You (Live at The Pool, London) 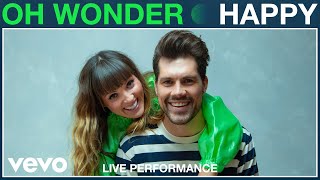 
Oh Wonder are an English, London-based alt-pop duo consisting of Anthony West and Josephine Vander Gucht. Since releasing their debut album, they have seen international success with their alt-pop singles. Oh Wonder recorded and released one song a month for a year, starting in September 2014. All of the songs were released together as a self-titled debut album on 4 September 2015. On 14 July 2017, the duo released their second album, Ultralife. On 12 February 2020, they released their third album, No One Else Can Wear Your Crown. All three albums were written, recorded, produced, and mixed by the duo and have seen cross-platform success.


The band played sold-out shows in London, Paris, New York, and Los Angeles one week after their debut album release, which marked the beginning of the their touring career. They have since played multiple headline shows and festivals in numerous countries.


Before Oh Wonder was formed, Vander Gucht was a solo artist, first going by her own name and later under the alias LAYLA. Anthony West was originally part of the groups Tonight Is Goodbye, Futures, and We the Wild. The two first met in High Wycombe on 21 March 2010, when West was in the audience at one of Vander Gucht's solo gigs. A year later, Vander Gucht attended one of West's gigs, talked with him, and they began writing songs and making music together.


The duo released their first two songs under the name Wonder Wonder but changed it to Oh Wonder when they learned of another band with a similar name.


Oh Wonder had an unorthodox approach to releasing their eponymous debut album, Oh Wonder. Over the course of a year, the duo released one new single each month, beginning 1 September 2014, having written, produced, and mixed each song in their home studio in London. These monthly installations culminated in the 2015 release of that first album, which also included two previously unreleased songs. The record reached number 26 on the UK Albums Chart, number 16 on the Canadian Albums Chart, and number 80 on the US Billboard 200.


Oh Wonder has sold over one million copies worldwide and has been certified Gold in the UK, Canada, Singapore, China, Taiwan, and Denmark, and Platinum in Russia and the Philippines.


This article uses material from the Wikipedia article "Oh Wonder", which is released under the Creative Commons Attribution-Share-Alike License 3.0.