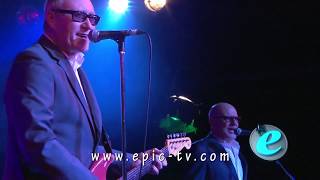 Nine Below Zero - Riding On The L&N: Recorded Live at Epic Studios 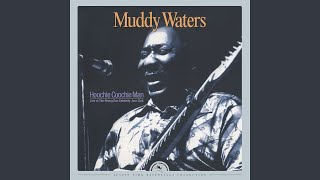 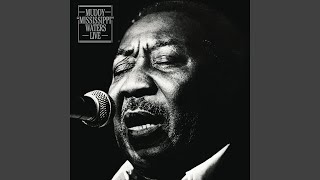 About Nine Below Zero

Nine Below Zero are an English blues band, who have a cult following throughout Europe, and were most popular during the period 1980–1982.


The band was originally formed in South London in 1977, by guitarist and lead vocalist Dennis Greaves. Taking bassist Peter Clark with him, they recruited Kenny Bradley on drums, and vocalist and harmonica player Mark Feltham. They originally called themselves 'Stan's Blues Band', and for two years built up a local following in London clubs.


In 1979, while playing at The Thomas A'Beckett pub in the Old Kent Road they accepted an offer from former musician Mickey Modern to manage them, and it was he who persuaded them to change the band's name to something sharper. Greaves chose Nine Below Zero after the Sonny Boy Williamson II song. At that time Modern was a musician signed to A&M Records; after producing the band's demos he persuaded A&M to give him a record label with which to launch this band's career. Modern named the label M&L Records.


Under Modern's creative direction and production, the band went full-time, and in 1980 released their first album, Live at the Marquee, which was recorded on 16 June 1980. Bradley on drums was replaced by Stix Burkey. By the end of that year they were one of the most popular club attractions in London, pulling in audiences from other genres, particularly the new wave of British heavy metal, attracted by their high-energy fast tempo sound. They headlined at the Hammersmith Odeon and featured respected bluesman Alexis Korner, a long-time champion of new electric blues talent.


In 1981, they released second album, Don't Point Your Finger, produced by Glyn Johns. Johns complained the bass was too basic for the new songs, so taking his advice the band subsequently replaced bass player Clark with Brian Bethell. There was a period when Nine Below Zero appeared on television almost weekly. The band appeared on The Chris Tarrant Show, The South Bank Show, O.T.T., The Old Grey Whistle Test, and the BBC2 comedy series The Young Ones . They also supported The Kinks and The Who on a tour. Don't Point Your Finger climbed to number 56 on the UK Albums Chart. Their third album, Third Degree, contained "11+11", written by Greaves and Modern. The album was their highest placing appearance on the UK Albums Chart, spending six weeks in the chart and reaching number 38. Nevertheless, the band decided to split, although Bethell later had some success with The Blow Monkeys whilst Feltham went into session work, most notably for Rory Gallagher. Modern often put the idea to reform Nine Below Zero to Arnold but the latter was managing The Truth, and considered Nine Below Zero as a move backward. However, with IRS Records interest in The Truth wavering in 1990, Modern persuaded Feltham and Greaves to reunite for a tenth anniversary concert.


Modern also persuaded Arnold who now worked at Harvey Goldsmith Ents to promote the band at the Town and Country Club, which they did to a sell-out success. Suitably encouraged, they decided to stay together, with Gerry McAvoy and Brendan O'Neill added on bass and drums. In 1992, Feltham left due to musical differences and was replaced by the session harp-player, Alan Glen. Feltham subsequently returned in 2001 and the band have continued to tour and record, still popular due to having developed a cult following. In 1995, Billy Boy Miskimmin was recruited on harmonica.


In the mid-1990s Nine Below Zero appeared at the Salle des Fetes, St. Jean de la Ruelle, Loiret, France. A successful gig that encouraged the Fabulous Thunderbirds to emulate them some months later.


This article uses material from the Wikipedia article "Nine Below Zero", which is released under the Creative Commons Attribution-Share-Alike License 3.0.