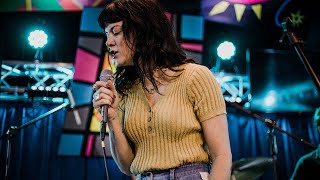 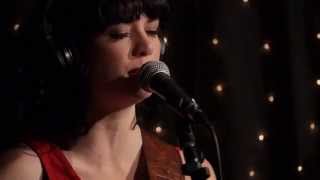 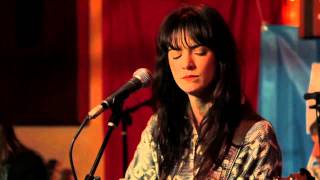 
Nikki Lane is an American country music singer-songwriter and artist. She has released four albums: Walk of Shame, All or Nothin', Highway Queen, and Denim & Diamonds.


Lane was born in Greenville, South Carolina, and dropped out of high school there. She then worked as a fashion designer for a time, before moving to Los Angeles in 2006 and later to New York City. After doing so, she broke up with a country musician, who left her to record an album in Alabama; this experience inspired her to begin writing country music songs. Lane, who now lives in Nashville, also owns and operates a clothing store called "High Class Hillbilly".


On September 27, 2011, Lane released her debut album, Walk of Shame, on Iamsound Records. She co-wrote 'Gone, Gone, Gone' with producer Lewis Pesacov of Fool's Gold. Her second album, All or Nothin', was released on New West Records on May 6, 2014. It was produced by Dan Auerbach of the Black Keys, whom she met at a flea market. Auerbach allowed Lane to record the album at his studio, Easy Eye Sound Studio, for free. Lane has said that working with Auerbach in the making of this album was very easy and natural for her.All or Nothin' features a duet between Lane and Auerbach, "Love's on Fire".


In 2017, Lane recorded a duet with comedian and musician Ben Hoffman, better known by his raunchy country artist persona Wheeler Walker, Jr., for the song "Fuckin' Around" on his sophomore album Ol' Wheeler. She is credited as "Kacey Walker".


Lane's album Highway Queen was released on February 17, 2017. It was recorded near Dallas, TX at The Echo Lab from February to June 2016 with Nikki's boyfriend Jonathan Tyler, as well as the other members of her current touring band. Two music videos were released ahead of the album's release; the title track, "Highway Queen", in which Nikki and friends crush cars with a monster truck, and Jackpot, in which Nikki and Jonathan Tyler successfully try their luck in old Sin City, ultimately resulting in a Vegas chapel wedding.


In another video released in August 2017 for the song Send The Sun, Nikki and the band play live on a vintage country television studio set and also perform a two-person dance routine.


This article uses material from the Wikipedia article "Nikki Lane", which is released under the Creative Commons Attribution-Share-Alike License 3.0.