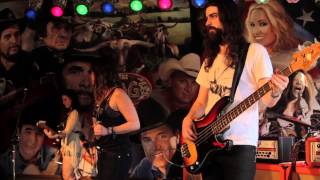 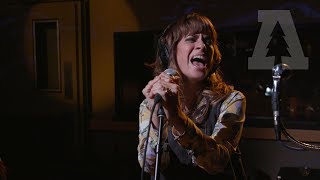 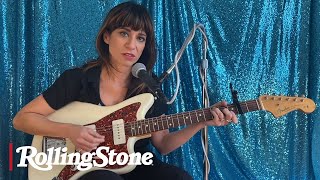 Nicole Atkins Performs 'Domino,' 'Captain,' and 'A Little Crazy' From Home in Nashville | In My Room
Share Concert


Nicole Atkins is an American singer-songwriter. Her influences include 1950s crooner music, 1960s psychedelia, soul music, and the Brill Building style of writing. Atkins has been compared to Roy Orbison and singers from the Brill Building era.


Atkins was born in Neptune, New Jersey. She grew up in Shark River Hills, a middle class enclave within Neptune overlooking the Shark River. Atkins has cited the bay as a major inspiration for her music, particularly the imagery of "the river in the rain" found in the title track on her album Neptune City. She started playing piano at nine years old and taught herself to play guitar at 13. She eschewed more popular acts of the day for musical groups her parents listened to, such as The Ronettes, Johnny Cash, and The Beach Boys. She has cited the vocalists Harriet Wheeler of The Sundays and Cass Elliot as important early influences.


She started playing in pick-up bands and doing gigs at local coffeehouses while attending St. Rose High School in the nearby town of Belmar.


After high school, Atkins moved to Charlotte, North Carolina to study illustration at the University of North Carolina at Charlotte. She ingrained herself within the city's independent music scene, discovering bands like Superchunk and Uncle Tupelo. She also started writing original songs and befriending other local musicians. Among other bands, she joined a supergroup in the city called Nitehawk that, at one point, had almost 30 members. After she returned, she joined the band Los Parasols, releasing an EP with them entitled The Summer of Love in 2002. That same year, Atkins moved to the neighborhood of Bensonhurst in Brooklyn, New York. Influenced by the artists signed to independent label Rainbow Quartz, she strayed from the louder rock music she'd played in North Carolina and moved toward the songcraft style of Wilco and Roy Orbison. She returned to Charlotte and played with several bands, most notably a group called Virginia Reel. At this time, she started writing what she termed "a mix of Americana, 60s, and indie rock." She also recorded her EP Bleeding Diamonds.


Early 2003, she commuted into Manhattan by train to play gigs and maintain a connection to the city's underground music scene. In mid-2004, Atkins and David Muller, who had played drums with Fischerspooner and The Fiery Furnaces, started working on a demo CD entitled Party's Over. They recorded most of the album in Atkins' parents' house using a Casio keyboard, a ProTools rig, and a mini recorder. Drum parts were recorded at Muller's apartment in Manhattan, with further tracks recorded at the Dietch Projects gallery in Brooklyn.


In early 2005, keyboardist Dan Chen, whom Atkins knew from her days at The Sidewalk Café, approached Atkins about forming a new group. The band, now known as Nicole Atkins & The Sea, was given a residency at the small showcase bar, Piano's, and won the attention of music industry attorney Gillian Bar. She soon found herself in the midst of a bidding war between record labels and signed with Columbia Records in January 2006. In late 2006, Atkins and the Sea traveled to Sweden to record her debut album, Neptune City, at Varispeed Studios in Kalgerup and Gula Studion in Malmö with producer Tore Johansson. The album was originally scheduled for a July 2007 release, but at the behest of Columbia co-chairman Rick Rubin, it was pushed back until October 30, 2007, to accommodate re-mastering the album. It debuted at number 20 on Billboard's Top Heatseekers chart and reached number 6 on the Heatseekers Middle Atlantic Chart. In 2008, Atkins' backing vocals were prominently featured on A.C. Newman's second solo album, Get Guilty, released in 2009.


This article uses material from the Wikipedia article "Nicole Atkins", which is released under the Creative Commons Attribution-Share-Alike License 3.0.