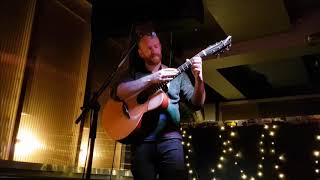 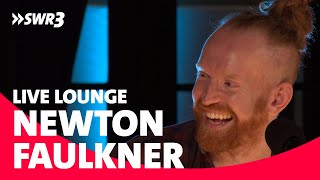 Newton Faulkner - Clouds, Against The Grain, No Diggity & Write It On Your Skin 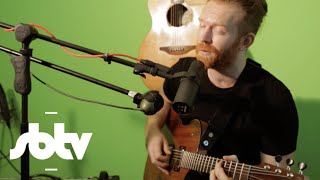 
Sam Newton Battenberg Faulkner is an English singer-songwriter and musician from Reigate, Surrey. He is known for his percussive style of guitar playing. In 2007 Faulkner's debut studio album Hand Built by Robots was certified double platinum in the United Kingdom. The album topped the UK Albums Chart in August 2007. It was promoted by three singles, "Dream Catch Me", "I Need Something" and "Teardrop". "Dream Catch Me" reached number seven on the UK Singles Charts.


In 2016, Faulkner was cast as Johnny in the musical American Idiot, which is based on songs from the band Green Day. He played the role on the UK Tour, and continued in the role when the show returned to the West End at the Arts Theatre in July 2016. This was followed by the release of his sixth album, Hit the Ground Running, in 2017. In November and December 2018, Faulkner starred as the Sung Thoughts of the Journalist in the 40th anniversary musical version of Jeff Wayne's War of the Worlds.


On 10 December 2018, Faulkner announced through social media channels the forthcoming release of The Very Best of Newton Faulkner...So Far, featuring 31 songs: selected songs from his six studio albums, three new tracks, and recordings of "all the covers I play live, from 'Bohemian Rhapsody' to ’Send Me On My Way' and a track I promised myself I'd never record!" A new Christmas-themed track called "Wake Up" was previewed on his website to promote the album. Faulkner later released his seventh album, The Interference in 2021. The album was recorded in isolation during the COVID-19 pandemic and through a live stream, similar to Studio Zoo.


Faulkner is the second child of Sally and Keith Faulkner. He has an older brother, Toby Faulkner and a younger sister, Charlotte Faulkner. Faulkner attended the Hawthorns School in Bletchingley, Surrey. He began playing guitar at the age of 13 and attended the Italia Conti Academy of Theatre Arts. He grew his trademark red dreadlocks at age 15. He then moved on to the Academy of Contemporary Music in Guildford in 2002, where he spent two years gaining both diploma and the higher diploma award under the tutelage of Eric Roche, amongst others.


His first band was a Green Day cover band, in which he played bass guitar. His experience on the stage grew as he formed 'Half A Guy', a funk rock group, with bandmates Matt Buchanan , Dave Elvy and Nicola Crawshaw. 'Half A Guy' recorded two demo CDs and lasted two years before splitting. He then spent time recording and playing gigs under the name Newton Battenberg Faulkner, including the Lapagestock festival on 11 June 2005.


This article uses material from the Wikipedia article "Newton Faulkner", which is released under the Creative Commons Attribution-Share-Alike License 3.0.