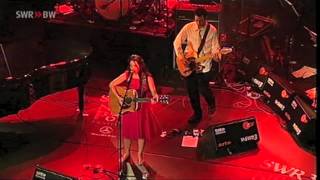 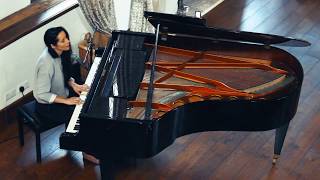 
Nerina Natasha Georgina Pallot is a British singer, songwriter and producer, who has released six albums and over a dozen EPs. She was nominated for British Female Solo Artist at the 2007 BRIT Awards and nominated for an Ivor Novello Award for "Sophia" in the category of 'Best Song ' in the same year. Besides her own material, Pallot has written songs for Kylie Minogue and Diana Vickers. She mostly tours around the UK and is married to record producer Andy Chatterley.


Pallot was born in London and brought up in Jersey by a half-French father and a mother from Prayag, India, together with her sister. Pallot played piano as a child and wrote her first song aged 13. She has identified seeing singer and pianist Kate Bush perform her hit song "This Woman's Work" on television series Wogan as a catalyst for her to pursue a music career. She attended Jersey College for Girls and received a music scholarship for Wellington College.


Pallot released her debut album, Dear Frustrated Superstar, on Polydor records in August 2001. This spawned two singles, "Patience" and "Alien". She was subsequently dropped from the label mainly due to failing sales. The album was eventually re-issued several years later after her second album, Fires had become a commercial success. Her then-manager Richard Ogden noted that his company spent "three years managing her while she had a huge record deal and was a massive priority for Polydor. We did the best job we possibly could, but it just didn’t happen".


In 2003 she sang lead vocals on the track "Truly" on Delerium's album Chimera, which was also released as a single in the UK.


Her second album, Fires, was released in April 2005 on her own independent label, Idaho. It was published by Chrysalis Music Publishing, to whom she remained signed and provided her with a development deal. They initially provided her with £50,000 to make the album. When that proved insufficient for Pallot's needs, she remortgaged her house to complete the rest of the album.


The album was produced and mixed by Howard Willing together with producers Eric Rosse who produced "Learning to Breathe" and "Heart Attack" and Wendy Melvoin who produced "Damascus". After the initial tracks were finished the rest of the record was apparently completed by Willing and Pallot flying files back and forth from London to Los Angeles.


This article uses material from the Wikipedia article "Nerina Pallot", which is released under the Creative Commons Attribution-Share-Alike License 3.0.