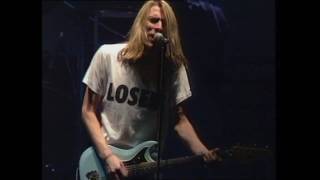 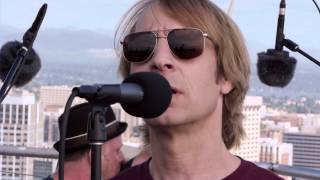 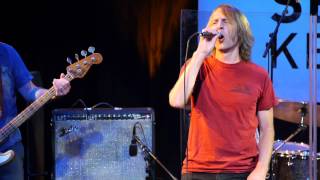 
Mudhoney's early releases on the Sub Pop label, particularly their debut single "Touch Me I'm Sick" and the Superfuzz Bigmuff EP, were instrumental in the creation of the Grunge genre. Although the band found little commercial success and remained somewhat 'underground' and non-mainstream, Mudhoney has released ten studio albums and inspired countless grunge and alternative rock musicians during their long career.


Two future members of Mudhoney met through their association with Mr. Epp and the Calculations. This band formed in 1978 in Bellevue, Washington, a suburb of Seattle. While at Bellevue Christian High School, Mark McLaughlin and some friends started Mr. Epp and the Calculations, a band named after a math teacher of his. Initially the band was essentially a joke band rather than a serious one; their first "show" was in class singing Marvin Gaye's "Got to Give It Up", using rolled-up maps as guitars because they could not actually play any instruments. Mr. Epp and the Calculations played their first real show in 1981, three years after they formed. To make the band seem more serious, Mr. Epp added a second guitarist Steve Turner, who was in a small garage band called The Ducky Boys. Mark Arm and Steve Turner became instant friends. In 1983, three songs of Mr. Epp were included in First Strike: a compilation, the first cassette in the BCT catalog. Mr. Epp and the Calculations appeared on KZAM radio and were introduced as "the worst band in the world." They played their last show on February 3, 1984 with Malfunkshun at Seattle's Metropolis. Mark Arm and Steve Turner formed a joke-punk band called The Limp Richerds in 1984 near the end of Mr. Epp but this band ended shortly after Mr. Epp's ending as well.


Green River was formed in 1984 when Arm and Turner recruited Alex Vincent as drummer, who had previously played with Turner in the short-lived Spluii Numa. Bassist Jeff Ament joined the band after arriving in Seattle with his band Deranged Diction. Stone Gossard, another of Turner's former bandmates, was recruited as second guitarist. Green River recorded their debut EP, Come on Down, in 1985, and it is considered the first grunge record because it was released several months before the Deep Six album that was compiled by six other Seattle grunge bands. Turner left the band after its release due to his distaste of the band's hard rock leanings. He was replaced by another Deranged Diction member, Bruce Fairweather. After recording another EP and a full-length album , the band disbanded in late 1987. Gossard, Ament, and Fairweather went on to join Mother Love Bone. Following lead singer Andrew Wood's death, Gossard and Ament went on to form Pearl Jam, and Fairweather joined Love Battery. In January 1988, Arm reunited with Turner to form Mudhoney.


Turner wanted to start a band that practiced before playing to a live audience. He and Arm began songwriting with Bundle of Hiss drummer Dan Peters. The trio decided that Matt Lukin, who had recently left Melvins, should join the band as bassist. They named themselves after the Russ Meyer film Mudhoney.


In 1988, the band recorded and released their debut EP, Superfuzz Bigmuff, and their first single, "Touch Me I'm Sick", on the Sub Pop label. The single attracted attention and the band enjoyed moderate success in the United States. Mudhoney quickly became Sub Pop's flagship band. Sonic Youth, who were fans of the band, had invited Mudhoney to join them for a tour in the UK in 1989. After this tour Superfuzz Bigmuff entered the British indie charts and they received a respectable amount of press coverage. The band released their first album, Mudhoney, in 1989.


This article uses material from the Wikipedia article "Mudhoney", which is released under the Creative Commons Attribution-Share-Alike License 3.0.