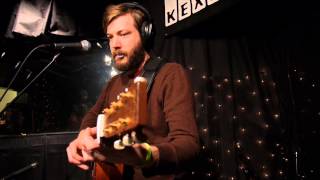 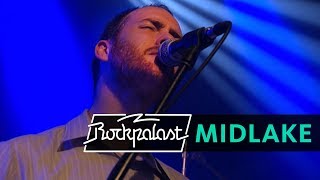 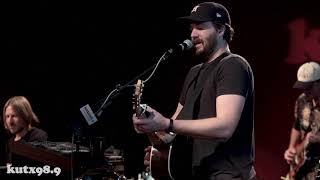 
In 2012, vocalist, guitarist and primary songwriter Tim Smith left the band during the recording of its fourth studio album. Following his departure, guitarist and backing vocalist Eric Pulido filled Smith's vacated role, and the band started afresh with its recordings, releasing Antiphon in 2013.


The band first gained popularity in Europe, signing to Bella Union Records and later playing at festivals such as Les Inrockuptibles, Wintercase, End of the Road and South by Southwest.


Midlake was formed in 1999 by a group of jazz students at the University of North Texas College of Music. The original lineup consisted of Tim Smith , McKenzie Smith , Paul Alexander , Eric Nichelson , and Evan Jacobs . Their initial work – under the name "The Cornbread All-Stars" – consisted of funk/jazz explorations heavily influenced by Herbie Hancock. Later, the band began to lean more toward an indie rock sound. Tim Smith quit playing saxophone and began writing songs that were heavily influenced by bands such as Jethro Tull, Radiohead, Björk, and Grandaddy, artists who experiment, while still remaining accessible.


We don't want to get called a Radiohead rip-off band. I think Radiohead is a lot closer to my natural tendencies as a songwriter than a band like, um, Jethro Tull. I listen to way more Jethro Tull than I do Radiohead these days, but I could write 10 Radiohead songs before I could write one Jethro Tull song. I want to sound more like Jethro Tull, but I just can't. That's a big struggle.


This article uses material from the Wikipedia article "Midlake", which is released under the Creative Commons Attribution-Share-Alike License 3.0.