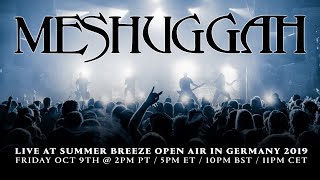 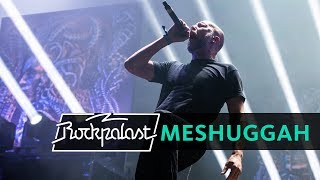 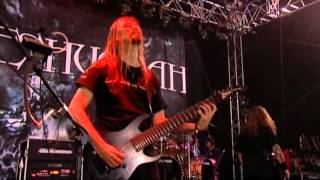 
Meshuggah has become known for their innovative musical style and their complex, polymetered song structures and polyrhythms. They rose to fame as a significant act in extreme underground music, became an influence for modern metal bands, and gained a cult following. The band was labelled as one of the ten most important hard rock and heavy metal bands by Rolling Stone and as the most important band in metal by Alternative Press. In the late 2000s, the band was an inspiration for the djent subgenre.


In 2006 and 2009, Meshuggah was nominated for two Swedish Grammis Awards for their albums Catch Thirtythree and obZen, respectively. In 2018, the band was nominated for a Grammy Award for their song "Clockworks" under the "Best Metal Performance" category. The band has performed in various international festivals, including Ozzfest and Download, and embarked on the obZen world tour from 2008 to 2010, and also the "Ophidian Trek".


In 1985, guitarist Fredrik Thordendal formed a band in Umeå, a university town in northern Sweden with a population of 105,000. The band, originally named Metallien, recorded a number of demo tapes, after which it disbanded. Thordendal, however, continued playing under a different name with new band members.


Meshuggah was formed in 1987 by lead vocalist and rhythm guitarist Jens Kidman, and took the name Meshuggah from the Yiddish word for "crazy" מְשׁוּגָע‎). Kidman found the word in an American street slang dictionary. The band recorded several demos before Kidman left, which prompted the remaining members to disband. Kidman then formed a new band, Calipash, with guitarist Thordendal, bassist Peter Nordin and drummer Niklas Lundgren. Kidman, who also played guitar, and Thordendal decided to restore the name Meshuggah for the new band.


In 1989, Meshuggah released the self-titled, three-song EP Meshuggah, which is commonly known as Psykisk Testbild . This 12" vinyl EP had only 1,000 copies released, sold by local record store Garageland. The EP's back cover features the band members with cheese doodles on their faces.


This article uses material from the Wikipedia article "Meshuggah", which is released under the Creative Commons Attribution-Share-Alike License 3.0.