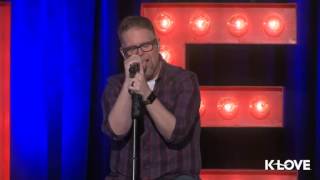 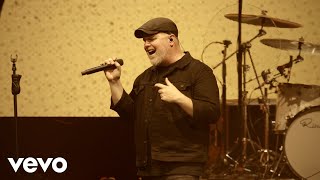 
The band formed in 1994 and released six independent albums before signing with INO Records in 2001. The group first gained mainstream recognition with the crossover single "I Can Only Imagine", which elevated their debut album, Almost There, to triple platinum certification. Since then, the group has released eight additional studio albums and a greatest hits album, 10. The group has also had 13 consecutive top 5 singles on the Billboard Christian Songs chart, with 7 of them reaching No. 1. MercyMe has won 8 Dove Awards and has had many Grammy Award nominations. On April 8, 2014, the band released its eighth studio album titled Welcome to the New. Their ninth studio album, Lifer, was released on March 31, 2017, and tenth, Inhale , was released on April 30, 2021.


Singer Bart Millard met pianist James Phillip Bryson in Lakeland, Florida, after an invitation from his youth pastor. Both led a praise team on a trip to Europe. They both felt a call to work full-time in music. They later met the guitarist Michael John Scheuchzer, who joined them, then moved to Oklahoma City. The group was officially formed in 1994 in Henderson Hills Baptist Church in Edmond, Oklahoma.


In 1997, MercyMe moved to Nashville to find a record label. After a year, they left Nashville for Dallas and recorded an album. Then they settled in Greenville, Texas, and served at Highland Terrace Baptist Church.


The trio set up a studio and a "living area" in an old abandoned day-care center. Bassist Nathan Cochran and drummer Robby Shaffer later joined the band, accompanying the band in releasing six independent projects before signing with INO Records in 2001. Unlike their first three major label albums, their earlier indie projects tended to orient more towards rock rhythms. The group's name, "MercyMe", originated during Millard's time as a youth ministry intern in Florida. Concerned that her grandson was home whenever she called, Millard's grandmother would exclaim, "Well mercy me, why don't you get a real job?"


For several years, the band was a mainstay at the popular PlanetWisdom youth conference. The popularity of “I Can Only Imagine” and their meteoric rise led to their no longer leading worship at the conference.


This article uses material from the Wikipedia article "MercyMe", which is released under the Creative Commons Attribution-Share-Alike License 3.0.