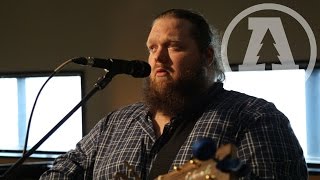 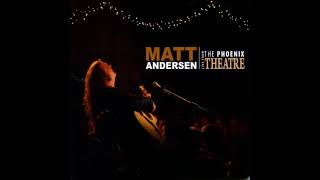 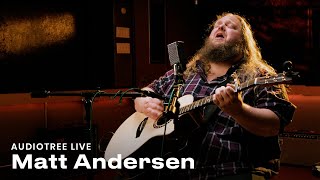 
Matt Andersen is a Canadian blues guitarist and singer-songwriter from Perth-Andover, New Brunswick, signed to True North Records. He is a Juno Award nominee. His musical career started in 2002 with the New Brunswick band Flat Top.


Andersen played in over 200 live performances in 2009, including his fourth UK tour. He won two 2009 East Coast Music Association Awards: Male Solo Artist of the year, Blues Recording of the year for "Something In Between" and recorded a new studio album with harmonica player Mike Stevens. He performed at several of Stuart McLean's Vinyl Cafe shows across Canada, starting in 2009 and continuing into 2011.


On 25 January 2010, Andersen won the top prize for a duo/individual in the Memphis, Tennessee, International Blues Challenge, beating artists from 11 other countries and five continents – the first Canadian to win in the event's 26-year history. Sponsored by the Harvest Jazz & Blues Festival in Fredericton, his prize included festival gigs in America, France and Italy, a slot on the Legendary Rhythm and Blues Cruises, and a cash award. More honors came in January 2011, as he was named the Maple Blues Awards Entertainer of the Year and Acoustic Act of the Year.


He was nominated for four 2011 East Coast Music Association Awards: Male Solo Recording, Blues Recording, Fan's Choice Entertainer of the Year, and DVD of the Year. He won the 2011 ECMA awards for Blues Recording of the Year for Piggyback, and the Konica Minolta Male Solo Recording of the Year for the same album. In 2012, Andersen won three Maple Blues Awards, followed by a 2013 European Blues Award for Best Solo/Acoustic performer. Since the release of Weightless in 2014, Andersen has received a Juno Award nomination for Roots & Traditional Album of the Year, a CIMA Road Gold award, and a Maple Blues Award for Male Vocalist of the Year.


In 2020, Andersen's 2016 "Let's Get Back" hit was covered by Rainman on the UK Government's Covid-19 "Test and Trace" TV Advert to emphasise how Covid-19 testing enables life to "get back to where we used to be".


This article uses material from the Wikipedia article "Matt Andersen", which is released under the Creative Commons Attribution-Share-Alike License 3.0.