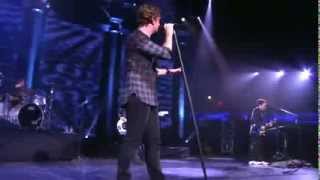 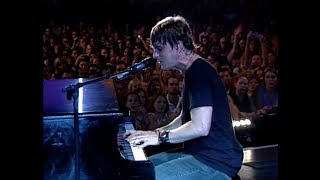 
The band then went on hiatus in 2004 after rhythm guitarist Adam Gaynor's departure. As a result, Paul Doucette took over rhythm guitar when the band reunited in 2007. They released a compilation album, Exile on Mainstream, which was certified Gold in the United States. After the release, the band toured to support it. Matchbox Twenty then took another hiatus while Rob Thomas embarked on a successful solo career but reunited again in 2010. On September 4, 2012, the band released their fourth studio album, North, which debuted at number one on the Billboard 200.


Rob Thomas, Brian Yale, and Paul Doucette were part of the band Tabitha's Secret, which was based in Orlando, Florida, with fellow members Jay Stanley and John Goff, before splitting to start a new band . After recruiting Adam Gaynor from Criteria Recording Studios in Miami and Kyle Cook from the Atlanta Institute of Music, the band named themselves "Matchbox 20" and earned a recording contract with Atlantic Records. Doucette suggested the name after combining two words observed on the softball shirt of a man where Doucette was waiting tables. Matchbox 20 released their debut album, Yourself or Someone Like You, in 1996. While their first single, "Long Day", was a radio success in the west coast, the album soon spawned several Top 40 singles throughout 1997 and 1998, including "Push", "3 A.M.", "Real World", and "Back 2 Good". "Push" and "3 A.M." did not chart on the Billboard Hot 100 chart due to the rule in effect prior to 1998 that required a song to be released as a single in order to appear on the Hot 100. "Real World" and "Back 2 Good" proved to be the band's first entries into the Billboard Hot 100, after the rule was terminated. The album eventually shipped more than 12 million copies in the U.S. alone, achieving a diamond certification. In 1998, Matchbox 20 recorded a live version of their single, "3 A.M." for release on the charity album Live in the X Lounge, benefiting United Cerebral Palsy research.


Before recording their second album, Rob Thomas collaborated with Itaal Shur on a song called "Smooth" for Carlos Santana's comeback album, Supernatural. Thomas was supposed to act only as a songwriter for "Smooth", but Carlos Santana had him sing for it after hearing the song's demo. "Smooth" was the album's lead single and became a hit in 1999. Thomas won three Grammy Awards for writing and performing on "Smooth": Record of the Year, Song of the Year, and Best Popular Music Collaboration with Vocals. In 2000, Matchbox 20 adopted the spelling "Matchbox Twenty" and released their second album, Mad Season. The album, on the strength of several successful singles, including "Bent" and "If You're Gone", was certified 4x platinum in the United States. The video for "Bent" made fun of singer Thomas' increased fame from "Smooth" by showing the other band members assaulting him. The next two singles, "Mad Season" and "Last Beautiful Girl" were not as successful.


For their third album, More Than You Think You Are, the band used more of a pop punk/pop rock sound. Thomas shared the songwriting efforts with the other band members on several songs. The album was recorded at Icon Recording Studios in Hollywood, California. Icon Recording Studios owner and Chief Engineer - Andrew Troy, Assistant Engineer - Aaron Kaplay, 2nd Assistant Engineer - Pablo Solorzano. Additional recording at Bearsville Studios and Hit Factory in New York and was released on November 19, 2002. The album was produced by Matt Serletic, who at the time was the current chairman for Virgin Records. The album again spawned successful singles "Disease" , "Unwell", and "Bright Lights". The album was not as successful commercially as the previous two, and received mixed reviews from critics. However, the album had an enormous radio presence for well over a year.


This article uses material from the Wikipedia article "Matchbox Twenty", which is released under the Creative Commons Attribution-Share-Alike License 3.0.