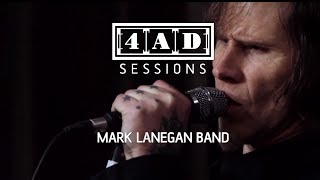 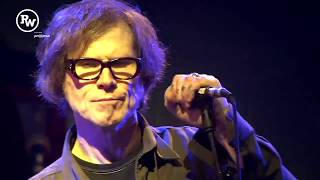 
Mark William Lanegan is an American singer, songwriter, and musician. He is known for his baritone voice, which has been described as being "as scratchy as a three-day beard yet as supple and pliable as moccasin leather" and has been compared to Leonard Cohen and Tom Waits.


Lanegan began his musical career in 1984 as the frontman of the psychedelic grunge band Screaming Trees, with whom he released seven studio albums and five EPs before they split up in 2000. During his time in the band, he also started a solo career and released his first solo studio album, The Winding Sheet, in 1990. He has since released a further 10 solo albums, and has received critical recognition but only moderate commercial success. Following the end of Screaming Trees, he became a frequent collaborator of Queens of the Stone Age and featured on their albums Rated R, Songs for the Deaf, Lullabies to Paralyze, Era Vulgaris, and ...Like Clockwork.


Lanegan has also collaborated with various artists throughout his career, including Kurt Cobain, with whom he recorded an unreleased album of Lead Belly covers. He also performed with Layne Staley and Mike McCready in the band Mad Season. He also formed The Gutter Twins with Greg Dulli in 2003, released three collaboration albums with singer Isobel Campbell, and has contributed to releases by Melissa Auf der Maur, Martina Topley-Bird, Creature with the Atom Brain, Moby, Bomb the Bass, Soulsavers, The Twilight Singers, and Unkle, among others.


Mark William Lanegan was born in Ellensburg, Washington, on November 25, 1964. During an interview with The Rocket in 1996, he said that he drove a combine harvester when he was younger. He is of Irish, Scottish, and Welsh descent. He has said that he came from a dysfunctional family whom he tried to avoid, and began using drugs heavily by the age of 18, having already been arrested and sentenced to one year's imprisonment for drug-related crimes. He got out of jail by taking a year-long rehabilitation course. Around this time, he met and befriended brothers Gary Lee and Van Conner, with whom he would form Screaming Trees. His relationship with the brothers at this time was limited to talking about music and working for their parents' electronics hardware store.


Screaming Trees formed in late 1984 by Lanegan, guitarist Gary Lee Conner, bassist Van Conner, and drummer Mark Pickerel. Along with Alice in Chains, Pearl Jam, Soundgarden, Mudhoney, and Nirvana, were part of Seattle's emerging grunge scene in the early 1990s. Pickerel would later be replaced with Barrett Martin. Lanegan originally joined as the drummer but later said, "I was such a shitty drummer that they made me sing." The band released the Other Worlds EP in 1986; recorded in 1985 and originally available only on cassette tape, the album was re-released on CD and LP by SST Records in 1987. Though the band was being courted by major labels, they signed to Velvetone Records in 1985 and released their debut album, Clairvoyance, in 1986. The album was a combination of psychedelic music and hard rock, and bears many similarities to early grunge.


In 1987, the band released their second effort, and their first for SST Records, Even If and Especially When. After the release of the album in 1987 the band began working on the American indie circuit, playing shows across the US. Their follow up album Invisible Lantern was released in 1988. 1989's Buzz Factory was the fourth full-length album by Screaming Trees and their final record released through SST.


This article uses material from the Wikipedia article "Mark Lanegan", which is released under the Creative Commons Attribution-Share-Alike License 3.0.