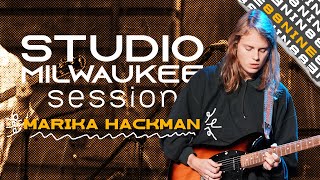 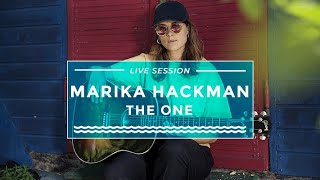 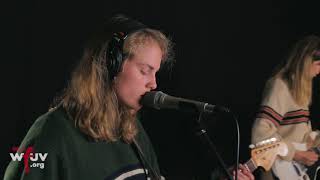 
Marika Louise Hackman is an English vocalist, multi-instrumentalist and songwriter. She is considered to fall within the alternative and English-folk genres, and is noted for her dark, melancholic lyrics.


As of August 2019, Hackman has released a mini-album, That Iron Taste , and three full-length albums: We Slept at Last ; I'm Not Your Man ; and Any Human Friend . She has also released four EPs: Free Covers , Sugar Blind , Deaf Heat , and Wonderland .


Hackman was born in Hampshire, England and raised in Selborne and Devon. Her mother and Finnish father met during their work as animators. Hackman watched little television as a child. She and her older brother, Ben , were instead encouraged to find other creative outlets. Hackman is a self-taught guitarist and began learning when she was 12. She had lessons in piano from the age of 4, and lessons in the bass guitar and drums from the age of 10.


She received a scholarship to attend Bedales School as a day pupil from ages 11 to 17, where she met and befriended model Cara Delevingne. Together, they formed a short-lived cover band called "The Clementines", with Hackman playing drums and Delevingne playing guitar and singing. Hackman performed at Mulberry's Park Lane launch dinner, celebrating the release of Delevingne's collection in February 2014.


At 18, she moved to Brighton, England, where she studied art foundation for a year and planned on earning a degree in fine arts. Instead, she later chose to pursue music full-time.


Hackman's first release was an EP of covers, which was available for digital download in October 2012. The following February, she released her first mini-album, That Iron Taste, featuring songs of her own composition. The album was released in physical formats and as a digital download. It was produced by alt-J's Charlie Andrew. In 2013, she toured Australia and Europe as an opening act for Laura Marling, to support the release of That Iron Taste. The music video for her song "Cannibal" was filmed at Bedales School in March 2013. She later released two more EPs, Sugar Blind on 9 December 2013 and Deaf Heat on 4 April 2014, via iTunes. Both EPs contain songs written by Hackman as well as one cover song.


This article uses material from the Wikipedia article "Marika Hackman", which is released under the Creative Commons Attribution-Share-Alike License 3.0.