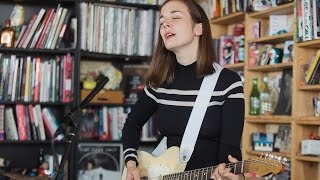 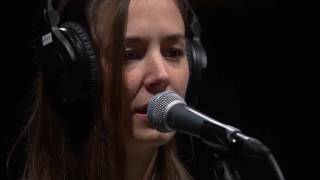 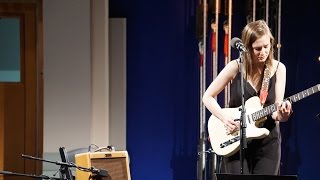 
Margaret Glaspy is an American singer-songwriter based in New York City. She's a former member of The Fundies and is currently signed with ATO Records.


Glaspy was born in Sacramento on January 22, 1989, and grew up in Red Bluff, California. She took up the fiddle in third grade and in high school tried her hand at guitar and trombone. At sixteen, she decided to focus exclusively on the guitar. She later received an educational grant and attended the Berklee College of Music in Boston.


In 2010 Glaspy joined The Fundies, a band that included Bridget Kearney , Rachael Price , and Brittany Haas . They released an EP in June 2012 with the help of Club Passim's Iguna Project. Glaspy has also performed back up vocals for Rachael Yamagata, Ricky Skaggs, Del McCoury, Tim O’Brien, Rayland Baxter, and Aoife O'Donovan.


Glaspy began her solo career by releasing an EP in July 2012 titled Homeschool. She signed to ATO Records in 2015 and in January 2016, released a 7" EP, which included "You and I" and "Somebody to Anybody". These songs were later included on the 2016 album, Emotions and Math.


Early in 2019 Glaspy played on a North American tour with Neko Case and Kimya Dawson.


Glaspy will release her second full-length album in March of 2020, titled Devotion.


This article uses material from the Wikipedia article "Margaret Glaspy", which is released under the Creative Commons Attribution-Share-Alike License 3.0.