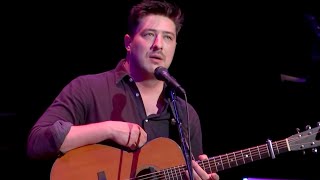 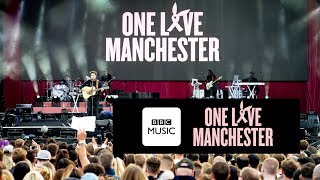 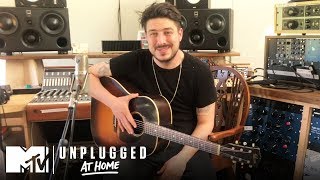 
Marcus Oliver Johnstone Mumford is a British-American singer, songwriter, musician, record producer, and lead singer of the band Mumford & Sons. He also plays a number of instruments with the group, including guitar, drums and mandolin. He is married to English actress Carey Mulligan.


Mumford was born on 31 January 1987 in Yorba Linda, California, to English parents, John and Eleanor Mumford, international leaders of the Vineyard Churches. As a result, he has held both UK and US citizenship from birth. Mumford has an older brother, James. Mumford's family moved back to the UK when Marcus was six months old. He grew up on Chatsworth Avenue in Wimbledon Chase, southwest London, and was educated at King's College School in Wimbledon, where he met future band member Ben Lovett. He returned to London to focus on his music career after his first year of study at the University of Edinburgh, where he collaborated on Mumford & Sons' debut album, Sigh No More.


Mumford has revealed that he was sexually abused as a child: "Not by family and not in the church, which might be some people’s assumption. But I hadn’t told anyone about it for 30 years".


Mumford began his musical career playing drums for Laura Marling on tour, along with the other current members of Mumford & Sons. It was through touring with Marling and gaining experience playing gigs as well as experimenting with his early writing that they decided to form the band in 2007.


Mumford was included in the Forbes 30 Under 30 list of music stars in December 2012 for his achievements with his band. Forbes commented of the list, which also included acts such as Adele and Rihanna: "In sum they represent the entrepreneurial, creative and intellectual best of their generation. Individually, they are engaging, surprising and incredibly hardworking."


Mumford sang a cover of "Dink's Song" with Oscar Isaac for the 2013 Coen brothers film Inside Llewyn Davis. Although he is not seen in the film, Mumford voices the protagonist's musical partner, Mike, who dies by suicide before the beginning of the film.


This article uses material from the Wikipedia article "Marcus Mumford", which is released under the Creative Commons Attribution-Share-Alike License 3.0.