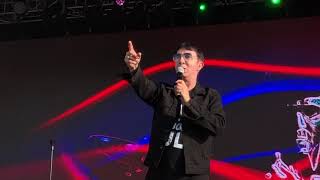 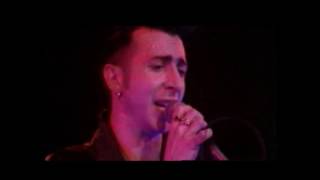 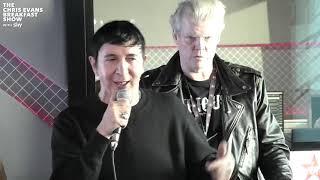 
Peter Mark Sinclair "Marc" Almond, OBE is an English singer. Almond first began performing and recording in the synthpop/new wave duo Soft Cell where he became known for his distinctive soulful voice and androgynous image. He has also had a diverse career as a solo artist. His collaborations include a duet with Gene Pitney on the 1989 UK number one single "Something's Gotten Hold of My Heart". Almond's career spanning over four decades has enjoyed critical and commercial acclaim, and he has sold over 30 million records worldwide. He spent a month in a coma after a near-fatal motorcycle accident in 2004 and later became a patron of the brain trauma charity Headway.


He was appointed Officer of the Order of the British Empire in the 2018 New Year Honours for services to arts and culture.


Almond was born in Southport, Lancashire, the son of Sandra Mary Diesen and Peter John Sinclair Almond, a Second Lieutenant in the King's Liverpool Regiment. He was brought up nearby at his grandparents' house in Birkdale with his younger sister, Julia, and as a child suffered from bronchitis and asthma. When he was four, they left their grandparents' house and moved to Starbeck, Harrogate. Two years later they returned to Southport, and then moved to Horsforth, West Yorkshire. There, he attended Horsforth Featherbank Infant School.


At the age of 11, Almond attended Aireborough Grammar School near Leeds, West Yorkshire. He found solace in music, listening to British radio pioneer John Peel. The first album he purchased was the soundtrack of the stage musical Hair and the first single "Green Manalishi" by Fleetwood Mac. He later became a great fan of Marc Bolan and David Bowie and got a part-time job as a stable boy to fund his musical tastes. After his parents' divorce in 1972, he moved with his mother back to Southport where he attended King George V School. He gained two O-Levels in Art and English and was accepted onto a General Art and Design course at Southport College, specialising in Performance Art.


Almond applied to Leeds Polytechnic, where he was interviewed by Jeff Nuttall, also a performance artist, who accepted him on the strength of his performing skills. During his time at art college, he did a series of performance theatre pieces: Zazou, Glamour in Squalor, Twilights and Lowlifes, as well as Andy Warhol inspired mini-movies. Zazou was reviewed by The Yorkshire Evening Post and described as "one of the most nihilistic depressing pieces that I have ever had the misfortune to see", prompting Almond to later refer to it as a "success" in his autobiography. He left art college with a 2:1 honours degree. He later credited writer and artist Molly Parkin with discovering him. It was at Leeds Polytechnic that Almond met David Ball, a fellow student; they formed Soft Cell in 1977.


As a child, Almond listened to his parents' record collection, which included his mother's "Let's Dance" by Chris Montez and "The Twist" by Chubby Checker, as well as his father's collection of jazz, including Dave Brubeck and Eartha Kitt. As an adolescent, Almond listened to Radio Caroline and Radio Luxembourg. He listened at first to progressive music, blues, and rock, and bands such as Free, Jethro Tull, Van der Graaf Generator, The Who, and The Doors. He bought the first ever issue of Sounds because it contained a free poster of Jimmy Page. Almond became a fan of Bolan after hearing him on The John Peel Show, buying the T. Rex single "Ride a White Swan". From then on, Almond "followed everything Marc Bolan did" and it was his obsession with Bolan that prompted Almond to adopt the "Marc" spelling of his name. He discovered the songs of Jacques Brel through Bowie as well as Alex Harvey and Dusty Springfield. Brel became a major influence.


This article uses material from the Wikipedia article "Marc Almond", which is released under the Creative Commons Attribution-Share-Alike License 3.0.