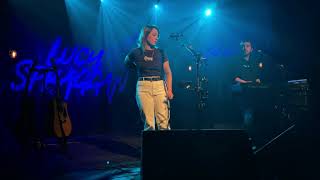 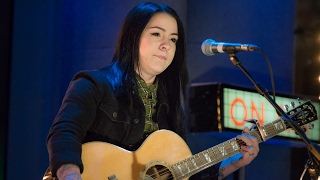 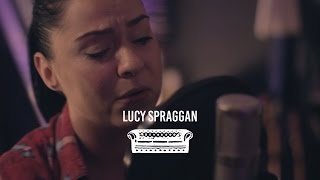 
Lucy Honour Ruby Spraggan is an English singer-songwriter. She auditioned for The X Factor in 2012, performing her own composition, "Last Night". On 3 November 2012, it was announced she would be quitting her run on The X Factor due to illness, so she subsequently finished in ninth place, and second in her category. Following the show Spraggan was signed to Columbia Records.


Spraggan was the first contestant in the show's history to score a Top 40 single and album before the live shows aired, with her independently released album Top Room at the Zoo. Her debut major label album, Join the Club, was released on 7 October 2013, reaching number seven in the UK Albums Chart. She has since released four more studio albums; the latest, Choices, was released on 26 February 2021 and debuted at number 5 on the UK Albums Chart. The album was preceded by the singles "Flowers", "Roots" and "Sober".


On 20 October 2011 Spraggan independently released her album Top Room at the Zoo. In an interview she said that the majority of her album's lyrics were inspired by a short-lived romance with an older woman of 27 that occurred when Spraggan visited America at the age of 18.


Spraggan performed as a guest act at a large volume of Live and Unsigned and Open Mic UK shows across the country during this time, on Open Mic UK, Spraggan said in an interview: "Open Mic UK is a great way to build your fan base to thousands of new fans whether you are a guest act or a competitor in the show." As a result of performing at these shows, Spraggan was scouted by several festival organisers to perform at their festivals, amongst which included London Summer Jam, Osfest, Strawberry Fields Festival Whaley Bridge Water Weekend and Cockermouth Rock Festival.


On 13 July 2012, she released the single "Tea and Toast". Spraggan auditioned for the ninth series of The X Factor, which was shown on 25 August 2012, singing her own song "Last Night" from Top Room at the Zoo. She won herself a place at bootcamp after performing the song, which left the audience at the Manchester auditions chanting for more. Her second song, which was a rendition of "Halo" by Beyoncé, was shown on The Xtra Factor. Shortly after the audition was screened, the song climbed to Number 70 in the UK Singles Chart, and reached Number 2 on iTunes. However, it was soon removed from iTunes by request of The X Factor producers. On 29 August 2012, Greg James announced that "Last Night" was at number 5 on the Official Chart Update despite the song being removed from iTunes, her album Top Room at the Zoo was at number 7 on the Official Chart Update as well. On 2 September 2012 "Last Night" entered the UK Singles Chart at number 11 and Top Room at the Zoo entered the UK Albums Chart at number 22.


This article uses material from the Wikipedia article "Lucy Spraggan", which is released under the Creative Commons Attribution-Share-Alike License 3.0.