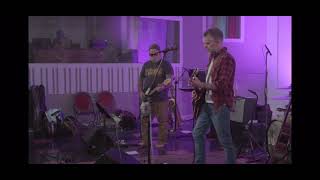 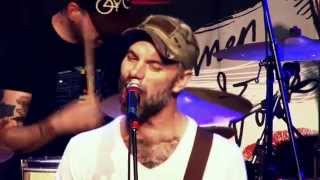 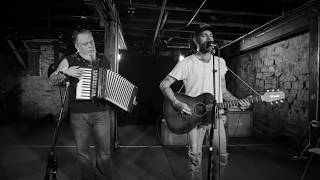 Lucero is an American country-rock band based in Memphis, Tennessee, United States. Lucero's sound has been described as a "synthesis of soul, rock, and country is distinctly Memphisian." They have released 11 albums and one live DVD, mostly through their own label. The band mainly tours around North America.


Lucero had their start in Memphis, TN and played for the first time in early 1998. Since then, they have been called "one of the hardest working bands of the last 10 years—on tour significantly more days than they are not."


The Attic Tapes was recorded in 2000 at Guitarist, Brian Venable's Dads attic. It was recorded straight to an 8 track cassette and will be self-released. This album will later be reissued in 2006 by Liberty & Lament. It includes the cover of the Jawbreaker song, “Kiss The Bottle.”


The Self titled album was recorded by Empty Road Music in 2000. The record includes such popular tracks as “My Best Girl”, “Raising Hell”, “Drink ‘Til We’re Gone” & “All Sewn Up.”


Tennessee was recorded in 2001 by Madjack Records. It's one of Lucero’s most beloved albums by fans. It's a thirteen song album that includes such tracks as “Sweet Little Thing”, “Nights Like These”, “The Last Song” & “Here At the Starlite.”


"That Much Further West" was recorded in 2003 by Tiger Style Records. It includes 12 tracks. Guitarist Brian Venable took a break from the band so Todd Gill filled in on guitar for this record. The record includes popular songs such as "That Much Further West", "Across the River", "Tonight Ain't Gonna Be Good" & a fan favorite "Tears Don't Matter Much."


Nobody’s Darlings was released in 2005 & recorded by Liberty & Lament. It's a twelve track record that includes such tracks as “Bikeriders”, “Last Night In Town” & “The War.” "Bikeriders" is based on the book "The Bikeriders" by author Danny Lyon. “The War” is about, Lucero frontman, Ben Nichols grandfather & what he went through during his time serving in the army in Europe during World War II.


This article uses material from the Wikipedia article "Lucero", which is released under the Creative Commons Attribution-Share-Alike License 3.0.