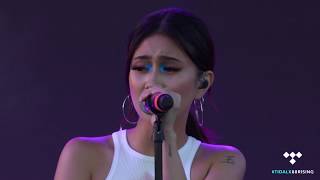 Lowkey is a rapper and producer from Hattiesburg, Mississippi, USA. He is signed to Afroman's Hungry Hustler Records, as well as running his own label, Incredible Sounds. Lowkey was featured on the album The Hungry Hustlerz: Starvation Is Motivation, and also produced songs for Afroman on "Afroholic... The Even Better Times". His debut album, My Thoughts, was released in late 2006 and is available through his website. The album contained guest appearances by labelmate Afroman as well as appearances and mixing and scratching from Mr. Mixx of 2 Live Crew fame. He is currently touring, both with Afroman and by himself, and working on his second album. He was also nominated for Rapper of the Year at the first annual Get Em Magazine awards.


This article uses material from the Wikipedia article "Lowkey", which is released under the Creative Commons Attribution-Share-Alike License 3.0.