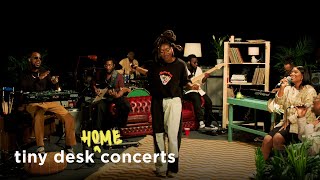 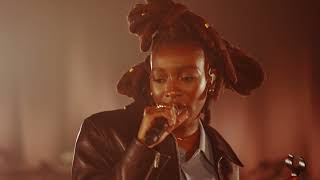 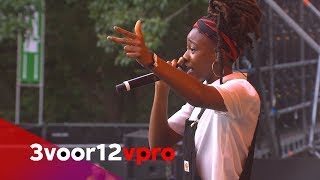 
Simbiatu "Simbi" Abisola Abiola Ajikawo , better known by her stage name Little Simz, is a British-Nigerian rapper, singer and actress of Yoruba heritage. Following the release of four mixtapes and five EPs, she released her debut album A Curious Tale of Trials + Persons on 18 September 2015 through her independent label, AGE: 101 Music. The album entered the UK R&B Albums Chart at number 20 and the UK Independent Albums Chart at number 43. She released her second studio album Stillness in Wonderland in 2016. Her third studio album Grey Area won Best Album at both the Ivor Novello Awards and the NME Awards as well as being nominated for the Mercury Prize. Her fourth album, Sometimes I Might Be Introvert received critical acclaim.


Ajikawo was born in Islington, London to Nigerian parents. She was raised with two older sisters. She is ethnically Yoruba. She studied at Highbury Fields School in London. She went on to attend St Mary's Youth Club in Upper Street, Islington, which pop stars Leona Lewis and Alexandra Burke also attended. Ajikawo later studied at Westminster Kingsway College and pursued her music career from there.


Simz appeared as Vicky in the BBC children's series Spirit Warriors, originally broadcast in 2010, and as Meleka in the E4 television series, Youngers.


Simz was also the narrator for the television series, Afrofuturism.


She appeared in Netflix's revival and third series of Top Boy which premiered in Autumn 2019.


She also appeared in the Sony/Marvel movie "Venom - Let There Be Carnage", singing her song "Venom" in a nightclub.


This article uses material from the Wikipedia article "Little Simz", which is released under the Creative Commons Attribution-Share-Alike License 3.0.