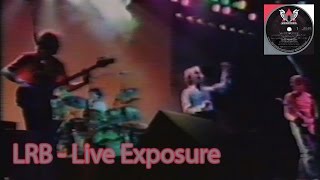 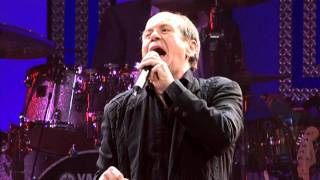 
Little River Band is a rock band originally formed in Melbourne, Australia in March 1975. The band achieved commercial success in both Australia and the United States. They have sold more than 30 million records; six studio albums reached the top 10 on the Australian Kent Music Report albums chart including Diamantina Cocktail and First Under the Wire , which both peaked at No. 2. Nine singles appeared in the top 20 on the related singles chart, with "Help Is on Its Way" as their only number-one hit. Ten singles reached the top 20 on the Billboard Hot 100 with "Reminiscing" their highest, peaking at No. 3.


Little River Band have received many music awards in Australia. The 1976 line-up of Beeb Birtles, David Briggs, Graeham Goble, Glenn Shorrock, George McArdle and Derek Pellicci, were inducted into the Australian Recording Industry Association Hall of Fame at the 18th Annual ARIA Music Awards of 2004. Most of the group's 1970s and 1980s material was written by Goble and/or Shorrock, Birtles and Briggs. In May 2001 the Australasian Performing Right Association , as part of its 75th anniversary celebrations, named "Cool Change", written by Shorrock, as one of the Top 30 Australian songs of all time. "Reminiscing", written by Goble, received a 5-Million Broadcast Citation from BMI in 2020.


The group have undergone numerous personnel changes, with over 30 members since their formation, including John Farnham as lead singer after Shorrock first departed in 1982. None of the musicians now performing as Little River Band are original members, nor members in the 1970s. In the 1980s, members included Farnham, Wayne Nelson, Stephen Housden, David Hirschfelder and Steve Prestwich. As from October 2020 the line-up is Nelson, Rich Herring, Chris Marion, Ryan Ricks and Colin Whinnery – none of whom are Australian. Various legal disputes over the band's name occurred in the 2000s, with Housden filing suit against Birtles, Goble and Shorrock.


Little River Band formed in March 1975 in Melbourne as a harmony rock group with Beeb Birtles on guitar and vocals, Graham Davidge on lead guitar, Graeham Goble on guitar and vocals, Dave Orams on bass guitar, Derek Pellicci on drums and Glenn Shorrock on lead vocals. Upon formation they were an Australian super group, with Birtles, Goble, Pellicci and Shorrock each from prominent local bands. Birtles had been the bass guitarist and vocalist in the pop-rock band Zoot from 1967 to 1971.


Goble had led Adelaide-formed folk rock group Allison Gros in 1970. They relocated to Melbourne and in 1972 were renamed as Mississippi, a harmony country rock band, where late that year Birtles joined on guitar and vocals and Pellicci on drums. They had chart success in Australia and built up a following on the concert and festival circuit. During 1971 to 1972 the original members of Mississippi had also recorded as a studio band under the pseudonym Drummond. They achieved a number-one hit, for eight consecutive weeks, on the Go-Set National Top 40 with a novelty cover version of the Rays' song "Daddy Cool".


Shorrock had been the lead singer of a pop band, the Twilights , and a country rock group, Axiom, from 1969 to 1971 . Both Axiom and Mississippi had relocated to the United Kingdom to try to break into the local record market, but without success. Axiom disbanded after moving to the UK, and Shorrock sang for a more progressive rock outfit, Esperanto, in 1973. He also provided backing vocals for Cliff Richard.


This article uses material from the Wikipedia article "Little River Band", which is released under the Creative Commons Attribution-Share-Alike License 3.0.