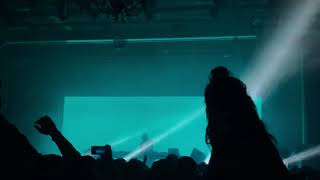 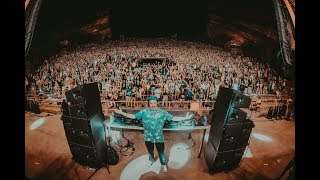 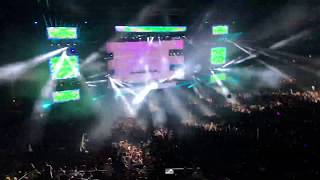 Martin Stääf , aka Liquid Stranger, is a Swedish-born electronic musician, described by Generation Bass as "the epitome of Transnational Dubstep covering everything from Latin, Asian, Eastern European and Jamaican Dancehall dubs." Martin Stääf is known for his experimental approach to composition where he merges genres to create a unique style of music. Martin Woods of Chillbase describes Liquid Stranger's music as a "unique blend of Ambience, Big Band Jazz, Dubstep and Psychedelica drizzled over electronic Dub Reggae grooves." Stääf lives in Scottsdale, Arizona.


Martin Stääf was born 13 November 1978 in Varberg on the Swedish West Coast. He started playing the piano and did classical piano concerts between the ages of 6–8. Stääf started experimenting with synthesizers in the mid 80s and abandoned the classical music world to spend the next 10 years producing his own material. Stääf states: ”I never thought about releasing any of my music until I was 17. Then, all of a sudden, it was time to get a job and I realized that there was nothing else I wanted to do at that time than making music.”


Martin Stääf worked in the commercial studio Bohus Sound Recordings 1997–1999 and engineered/produced various jazz and rock bands. During this time he also made a song for the Euro-Vision contest.


In 1997 Martin Stääf formed the outfit Necton together with Patrik Olsén, mainly focusing on progressive and psychedelic trance. Necton released two full-length albums, 6 vinyl EPs, and were featured on numerous CD compilations. They were signed to Spirit Zone Recordings, Digital Structures and Spiral Trax. Necton toured extensively around the world between 1997–2003.


Martin Stääf launched the Liquid Stranger project in 2003. His intention was to have one alias that would encompass all his musical output. Consequently, he has produced a wide variety of music under the name Liquid Stranger. At first, Stääf's plan was to keep his identity a secret. He never did interviews or showed his face on stage. Stääf states: ”After a while it became quite tricky. in fact, Interchill finally ruined this idea by writing my name on the record sleeves.” Liquid Stranger's creative output ranges from suggestive Ambient soundscapes to movie scores, pop, dub, infernalia, drill n bass, and electronica.


The first release under the name Liquid Stranger was the song Environmental Meltdown, featured on the compilation Global Psychedelic Chill Out – Compilation Vol. 4 by Spirit Zone Recordings.


This article uses material from the Wikipedia article "Liquid Stranger", which is released under the Creative Commons Attribution-Share-Alike License 3.0.