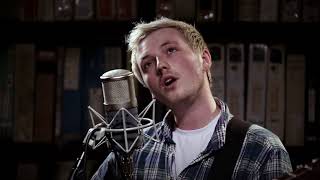 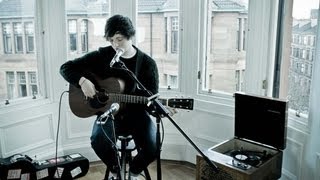 Lewis Watson - Once Before, Into The Wild, Little Darling - Tenement TV
Share Concert


Lewis Watson is an English singer-songwriter. Watson was raised in Bicester, Oxfordshire, and currently has a YouTube channel labeled Lewis Watson. He has released multiple EPs and singles, as well as 5 full-length albums , with his latest being the love that you want and the love that you want . He got engaged to his long-time partner, "Sophie Watts" on 19 November 2020.


Watson first started playing after receiving a guitar for his sixteenth birthday. "I've never had lessons", he admits. "I just enjoyed playing guitar so much. I'd play for hours a night, and try out new things to make sure it didn't get stale." Watson uploaded a video of himself singing a cover of Bombay Bicycle Club's "Swansea" on YouTube in 2010 . He continued recording various pop covers and originals over the following years, and the number of people subscribed to him on his YouTube channel increased rapidly.


After three years of uploading videos to his YouTube channel, he decided to release his first EP. Watson recorded his first EP It's Got Four Sad Songs on It BTW 'in 2012 with a college tutor. This record includes the four tracks "What About Today?", "Nothing", "Bones", "Windows". "I set the songs on that EP out like a story, he explains. "'What About Today' was about quite a rubbish situation where I was being used, and that was the tale of the end of a relationship; 'Windows' was looking back after the relationship ended; 'Bones' is about meeting someone new; and 'Nothing' is about being happy with that person." Within days of the EP's release, Watson had attracted the attention of various record labels and soon inked a deal with Warner Bros. Records. Part of the appeal, he says, was the label's long-running success with male solo artists as diverse as David Gray, Damien Rice, and Neil Young. Later that year Watson's second EP Another Four Sad Songs was released. It included a cover of "Lamplight", a song originally by Bombay Bicycle Club.


In early 2013, Watson toured Australia supporting Birdy, and he also played a few surprise gigs in various locations. In addition, he performed at various festivals and tours, including supporting Benjamin Francis Leftwich on his May tour. In July 2013, Watson released his fourth EP Four More Songs, featuring a cover of Guillemots "Made up lovesong No. 43" and a demo version of a new song, "Close". In November 2013, he released his fifth EP Some Songs With Some Friends, which included three covers, featuring a different artist for each track, namely Gabrielle Aplin, Hudson Taylor, and Jaya Beach-Robertson. The EP also included a reworked version of "Even If" as the lead single.


In February 2014, Watson announced his upcoming debut album The Morning, due for release in June. His extensive writing sessions yielded the majority of the material that features on the album. Some were written at the last possible moment, while others have been released before in sketch form, the oldest being "windows", which originally featured on his debut EP. "I'm not a fan of just repackaging old material. The original EPs were meant to be works in progress. And these versions are much more polished".


Watson stepped away from the limelight to refocus and work on new material. Regaining full control, he was able to take his time writing songs that fully explored his experience and talent and, with a wealth of new material to choose from, he entered the studio and recorded his entire second album in just two weeks with a live band.


This article uses material from the Wikipedia article "Lewis Watson", which is released under the Creative Commons Attribution-Share-Alike License 3.0.