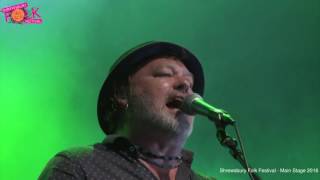 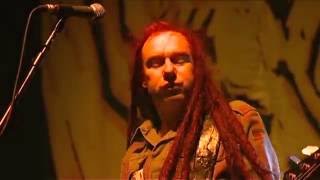 Levellers - One Way (Levelling The Land - Live at Brixton Academy) 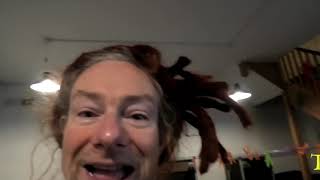 
The Levellers are an English folk rock band formed in Brighton, England in 1988, consisting of Mark Chadwick , Jeremy Cunningham , Charlie Heather , Jon Sevink , Simon Friend , and Matt Savage . Taking their name from the Levellers political movement, the band released their first EP in 1989 and LP in 1990, with international success following upon signing to China Records and the release of their second album Levelling the Land. The band were among the most popular indie bands in Britain in the early 1990s, and headlined at the Glastonbury Festival in 1994, where they performed on The Pyramid Stage to a record crowd of 300,000 people. They continue to record and tour.


Chadwick and Cunningham composed their first recordings for the compact cassettes An Agreement of the People and All the Free Commons of England. A group of fans known as the "happy hitchers" would hitch-hike around the country, following the band while they were on tour.


Their first EP, Carry Me, was released in 1989 and contained the songs "Carry Me" and "England My Home", which received Radio 2 airplay. At that time the band recruited Alan Miles to play harmonica, guitar, and mandolin and to perform backing vocals. This lineup produced the EP Outside/Inside and toured throughout 1989 and most of 1990.


After re-releasing two EPs on their own Hag label, in 1989, the Levellers signed a contract with French record label Musidisc. Their first album A Weapon Called the Word was released in 1990 and went platinum. The first single from the album was "World Freak Show".


After an acrimonious split with Musidisc, the Levellers were discovered by Derek Green and signed to China Records.


This article uses material from the Wikipedia article "Levellers", which is released under the Creative Commons Attribution-Share-Alike License 3.0.