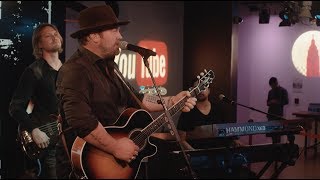 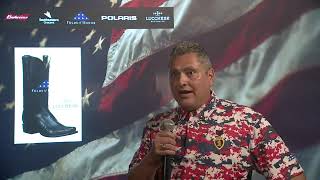 Lee Brice is an American country music singer and songwriter, signed to Curb Records. Brice has released five albums with the label: Love Like Crazy, Hard to Love, I Don't Dance, Lee Brice. and Hey World. He has also released seventeen singles, of which seven have reached number one on Billboard Country Airplay: "A Woman Like You", "Hard to Love", "I Drive Your Truck", "I Don't Dance", "Rumor", "I Hope You're Happy Now" and "One of Them Girls". He has also charted within the top 10 with "Love Like Crazy", "Parking Lot Party", "Drinking Class", and "That Don't Sound Like You". "Love Like Crazy" was the top country song of 2010 according to Billboard Year-End, and broke a 62-year-old record for the longest run on the country chart.


Besides his own material, he has also co-written singles for artists like Garth Brooks, Adam Gregory, the Eli Young Band, and Tim McGraw. One of his compositions, Brooks's "More Than a Memory", was the first song ever to debut at number one on the country chart, while the Eli Young Band's "Crazy Girl" was the Billboard Year-End top country song of 2011.


Kenneth Mobley Brice, Jr. was born on June 10, 1979, in Sumter, South Carolina, to Kenneth, Sr. and Carleen Brice His younger brother, Lewis, was a contestant on Season 1 of Country Music Television's Can You Duet. As a child, he played piano and guitar, sang in church, and wrote his own songs. He entered and won three different talent contests in high school.


He attended Clemson University on a football scholarship. He played special teams there as the long snapper, but after an arm injury, he decided to focus on a country music career although he is not listed on any official Clemson roster.


By 2007, Brice began working as a songwriter, with cuts by Jason Aldean, Keith Gattis, and Cowboy Crush among others. Along with Billy Montana and Kyle Jacobs, he co-wrote Garth Brooks's 2007 single "More Than a Memory", the first single in the history of the Billboard Hot Country Songs chart to debut at number one.


Also in 2007, he signed to Curb Records, releasing his debut single "She Ain't Right", which peaked at number 29 on the country chart. It was followed by "Happy Endings" and "Upper Middle Class White Trash" at numbers 32 and 44. All three songs were to have been included on an album entitled Picture of Me, which was never released. He continued to write songs for others, including Canadian singer Adam Gregory's singles "Crazy Days" and "What It Takes". He appeared on Cledus T. Judd's 2007 album Boogity, Boogity – A Tribute to the Comedic Genius of Ray Stevens, singing duet vocals on a rendition of the Albert E. Brumley gospel song "Turn Your Radio On".


In August 2009, he charted with his fourth single, "Love Like Crazy", a song written by Tim James and Doug Johnson. It was the first release from his debut album of the same name, on which he co-produced all but one track with Johnson. "Love Like Crazy" reached top 10 on the Hot Country Songs chart in July 2010 during its forty-sixth week on the chart, setting a record for the slowest climb into the top 10. In September 2010, the song charted for a fifty-sixth week, making it the longest-charting song in the chart's history; it broke a record set by Eddy Arnold, whose 1948 single "Bouquet of Roses" spent fifty-four weeks on the chart. "Love Like Crazy" ultimately peaked at number 3. The album's second single was "Beautiful Every Time" at number 30. Also in 2010, Brice co-wrote labelmate Tim McGraw's single "Still".


This article uses material from the Wikipedia article "Lee Brice", which is released under the Creative Commons Attribution-Share-Alike License 3.0.