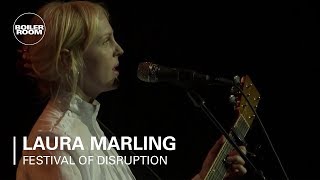 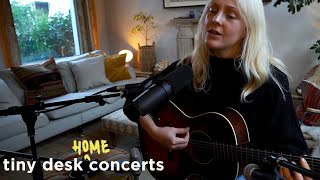 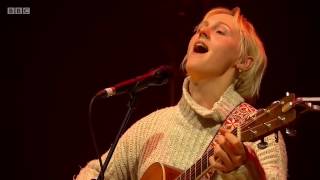 
Laura Beatrice Marling is a British folk singer-songwriter. She won the Brit Award for Best British Female Solo Artist at the 2011 Brit Awards and was nominated for the same award at the 2012, 2014, 2016, and 2018 Brit Awards.


Marling joined her older sisters in London at age 16 to pursue a career in music. She played with a number of groups and released her debut album, Alas, I Cannot Swim, in 2008. Her first album, her second album I Speak Because I Can, her fourth album Once I Was an Eagle, and her seventh album Song for Our Daughter were nominated for the Mercury Music Prize in 2008, 2010, 2013, and 2020, respectively. Her sixth record, Semper Femina, was also nominated for a Grammy Award in the Best Folk Album category, as was Song for Our Daughter.


Her songwriting is associated with sex and relationships, the modern concept of womanhood and trauma.


Marling is the youngest of three daughters. Her mother is a music teacher. Marling's father, Sir Charles William Somerset Marling, 5th Baronet, ran a recording studio, introduced her to folk music, and shaped her musical taste, an experience that Marling later described as, "a bit of a blessing and a bit of a curse. ... I couldn't slot myself into the age-appropriate genre". She learned guitar at an early age.


Marling attended Waverly Primary School in Finchampstead, Berkshire, and received a scholarship to attend Leighton Park School, a private Quaker school in Reading, Berkshire. During her secondary school years she felt uneasy around other people and was afraid of death.


After completing her GCSEs at age 16, Marling joined her older sisters and settled in the outskirts of London. She soon joined a cluster of intertwined bands that were drawn to acoustic instruments and tradition-tinged melodies—the group formed a musical movement that was labelled "nu-folk" by the British press. Marling joined the original line-up of indie folk band Noah and the Whale and appears as a background vocalist on their debut album, Peaceful, the World Lays Me Down; however, she left the group before the album's 2008 release due to a dissolved relationship with the band's lead singer, Charlie Fink. Marling appeared on The Rakes track "Suspicious Eyes" from the band's 2007 album, Ten New Messages, credited as 'Laura Marlin'. Marling later collaborated with Mystery Jets and contributed guest vocals to their 2008 single "Young Love". Early in her career, Marling performed with members of the band Mumford & Sons: Ted Dwane, Marcus Mumford, and Winston Marshall.


This article uses material from the Wikipedia article "Laura Marling", which is released under the Creative Commons Attribution-Share-Alike License 3.0.