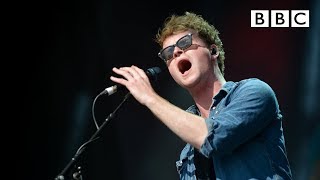 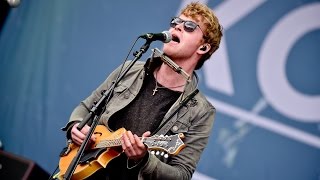 Kodaline are an Irish rock band. Originally known as 21 Demands, the band adopted their current name in 2012 to coincide with the changing of their music. The group comprises Steve Garrigan, Mark Prendergast, Vincent May and Jason Boland.


Garrigan and Prendergast grew up in Swords, Dublin, and have known each other since childhood. May and Garrigan attended Colaiste Choilm CBS, Swords, where they participated in battles of the bands. Boland joined the group in 2012. They have released four albums: In a Perfect World , Coming Up for Air , and Politics of Living . Their fourth studio album, One Day at a Time, was released on 12 June 2020.


As 21 Demands, the band first came to attention in November 2006, when they participated in the fifth series of RTÉ talent show You're a Star; finishing as the series' runners-up. On 3 March 2007, 21 Demands released their own single called "Give Me a Minute" through digital7 downloads on the RTÉ website. They made chart history when their single topped the Irish Singles Chart, becoming the first independently released track to achieve this milestone. 21 Demands also wrote the single "One of Those Days" which they played on the Irish YouTube channel Balcony TV.


The quartet released their debut extended play—The Kodaline EP—on Friday 7 September 2012, produced by Stephen Harris. "All I Want" was selected as BBC Radio 1 DJ Fearne Cotton's Record of the Week, featured in the season 9 episode of Grey's Anatomy, "Remember the Time", and was used in the background music for Google's 2012: Year in Review video. On 9 December 2012, the BBC announced that Kodaline had been nominated for the Sound of 2013 poll. On 17 June 2013, Kodaline released their first studio album, In a Perfect World.In a Perfect World includes the singles "High Hopes", "All I Want", "Love Like This", and "Pray", as well as seven new songs. The iTunes deluxe edition of the album contains "The Answer", "Perfect World", "Lose Your Mind", and "Latch", with music videos for "All I Want" and "High Hopes". The CD deluxe edition, instead, contains a CD of live performances of "All I Want", "High Hopes", "Love Like This", "Pray", "All Comes Down", and "The Answer" at The Button Factory in Dublin. Their song "All I Want" was featured on the MTV show Catfish: The TV Show. "All I Want" was also in Season 5, episode 10 of The Vampire Diaries. The song "Brand New Day" from this album, is currently used as the theme tune for the hit Channel 4 show Gogglebox. In April 2014, Kodaline released a cover version of Paul McCartney's 1980 single "Coming Up" in celebration of Record Store Day. In April 2014, the song "All I Want" was released as part of the soundtrack for The Fault in Our Stars, as well as used in the film. In July 2014, the songs "Pray" and "High Hopes" were featured in trailers for the films Horns and Love, Rosie, respectively. The song "All I Want" was used in TCM Remembers, Turner Classic Movies' annual remembrance of film industry contributors who died in 2014.


In December 2014, the band announced their second LP Coming Up for Air, and released a song called "Honest" on YouTube. A few days later they also published the song "Unclear". Following its release on 9 February 2015, the album entered the UK Albums Chart at number 4. "The One" and "Honest" both reached Top 40 in the UK Singles Chart. Lead singer Steve Garrigan appeared on episode 18 of The Midnight Hour.


This article uses material from the Wikipedia article "Kodaline", which is released under the Creative Commons Attribution-Share-Alike License 3.0.