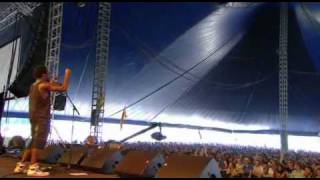 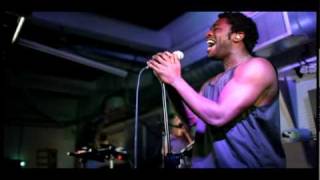 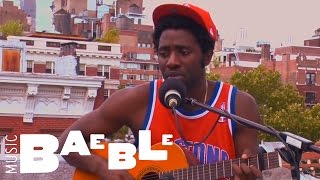 
Rowland Kelechukwu "Kele" Okereke , also known by the mononym Kele, is an English musician, best known as the lead singer and rhythm guitarist of the indie rock band Bloc Party.


In 2005, Bloc Party released their first studio album, titled Silent Alarm. The album reached number three in the UK charts, and propelled the band to fame. Despite this, Okereke continued to study English literature at university. Until the release of Silent Alarm, he had kept his musical activities secret from his parents.


The band released their second album A Weekend in the City on 5 February 2007 in the UK and 6 February in the US. The album debuted at No. 12 in the Billboard 200 with 48,000 copies sold, and reached the No. 2 spot in the Official UK Chart.


It became available via the UK's iTunes Store a day ahead of schedule, on 4 February. The first single, "The Prayer", was released on 29 January, having been made available on Myspace on 22 November 2006. It reached No. 4 on the UK Singles Chart, still the group's highest placing. The next single, "I Still Remember," was the album's first in the US. The album was produced by Jacknife Lee.


In the build-up to the release of the album, Zane Lowe aired a live set from the BBC studios at Maida Vale featuring a mix of old songs and new ones on his evening radio show on BBC Radio 1 on 30 January 2007. The band also scheduled their first gig with the second album at Reading Hexagon to coincide with the UK release date. On 1 February 2007, A Weekend in the City was made available to listen to for free through the band's official Myspace website.


This article uses material from the Wikipedia article "Kele", which is released under the Creative Commons Attribution-Share-Alike License 3.0.