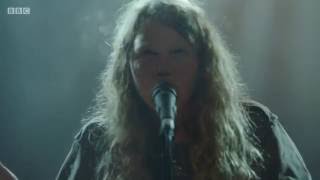 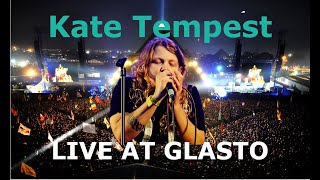 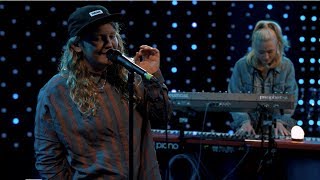 
Kate Tempest is an English spoken word performer, poet, recording artist, novelist and playwright. In 2013, she won the Ted Hughes Award for her work Brand New Ancients. She was named a Next Generation Poet by the Poetry Book Society, a once-a-decade accolade. Her albums Everybody Down and Let Them Eat Chaos have been nominated for the Mercury Music Prize. The latter's accompanying poetry book was nominated for the Costa Book of the Year in the Poetry Category. Her debut novel The Bricks That Built the Houses was a Sunday Times bestseller and won the 2017 Books Are My Bag Readers Award for Breakthrough Author. She was nominated as Best Female Solo Performer at the 2018 Brit Awards.


Tempest grew up in Brockley, South East London, one of five children. She worked in a record shop from age 14 to 18. She went to Thomas Tallis School, leaving at 16 to study at the BRIT School for Performing Arts and Technology in Croydon, going on to graduate in English Literature from Goldsmiths, University of London. Tempest first performed when she was 16, at open mic nights at Deal Real, a small hip-hop store in Carnaby Street in London's West End. She went on to support acts such as John Cooper Clarke, Billy Bragg and Benjamin Zephaniah. She toured internationally with her band Sound of Rum until they disbanded in 2012 before being commissioned to write her first play, Wasted.


In 2013, Tempest released her first poetry book Everything Speaks in its Own Way, a limited edition run on her own imprint, Zingaro. At 26, she launched the theatrical spoken word piece Brand New Ancients at the Battersea Arts Centre , to great critical acclaim. The piece also won Tempest the Herald Angel and The Ted Hughes Prize. Some of Tempest's influences include Samuel Beckett, James Joyce, W B Yeats, William Blake, W H Auden and Wu-Tang Clan.


In September 2013, her play Hopelessly Devoted was produced by Paines Plough and premiered at Birmingham Rep Theatre.


In 2014, she released the album Everybody Down , which was produced by Dan Carey and was nominated for the 2014 Mercury Prize.


Since the release of Everybody Down, Tempest has increased touring as a musician, playing at festivals and headlining shows with her live band which consists of Kwake Bass on drums, Dan Carey on synths and Clare Uchima on keyboards.


This article uses material from the Wikipedia article "Kate Tempest", which is released under the Creative Commons Attribution-Share-Alike License 3.0.