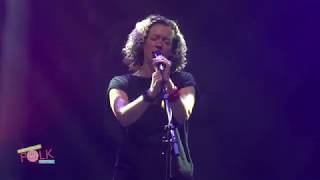 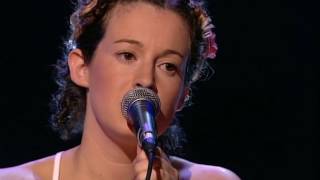 Kate Rusby I Courted A Sailor 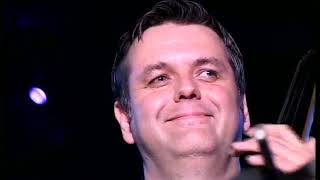 
Kate Anna Rusby is an English folk singer-songwriter from Penistone, West Riding of Yorkshire, England. Sometimes called the "Barnsley Nightingale", she has headlined various British national folk festivals, and is one of the best known contemporary English folk singers. In 2001 The Guardian described her as "a superstar of the British acoustic scene." In 2007 the BBC website described her as "The first lady of young folkies". She is one of the few folk singers to have been nominated for the Mercury Prize.


Rusby was born into a family of musicians in 1973 in Penistone, West Riding of Yorkshire, England. After learning to play the guitar, the fiddle and the piano, as well as to sing, she played in many local folk festivals as a child and adolescent, before joining the all-female Celtic folk band the Poozies. 1995 saw the release of her breakthrough album, Kate Rusby & Kathryn Roberts, a collaboration with her friend and fellow Barnsley folk singer Kathryn Roberts. In 1997, with the help of her family, Rusby recorded and released her first solo album, Hourglass. Since then she has gone on to receive acclaim in her home country and abroad and her family continues to help her with all aspects of her professional career.


Rusby was also a member of the folk group Equation, later to be replaced by Cara Dillon. The early line-up also featured Rusby's erstwhile performing partner Kathryn Roberts and Mercury-nominated artist Seth Lakeman, and his brother, Sean Lakeman. Their first EP, In Session, had a small commercial release and led to them signing a major record deal with WEA.


A collaboration with Ronan Keating saw Rusby riding high in the UK Singles Chart; their duet "All Over Again" peaked at No. 6 in June 2006. She also made a vocal contribution to the successful debut solo album of Roddy Woomble, the lead singer of Idlewild. In the same year her cover of The Kinks' "The Village Green Preservation Society" was used as the theme tune to the BBC One television sitcom Jam & Jerusalem. Rusby wrote several new songs for the series, and was credited as being responsible for the show's music.


Launched at the 2007 Cambridge Folk Festival, the album Awkward Annie was released on 3 September 2007. "The Village Green Preservation Society" is included as a bonus track.


This article uses material from the Wikipedia article "Kate Rusby", which is released under the Creative Commons Attribution-Share-Alike License 3.0.