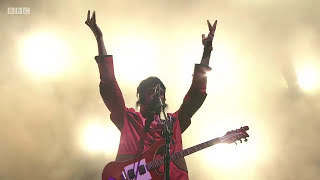 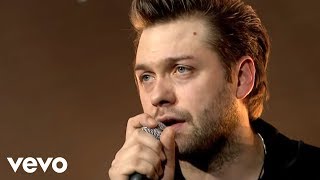 
Kasabian are an English rock band formed in Leicester in 1997 by Tom Meighan, Sergio Pizzorno, Chris Karloff, and Chris Edwards. Drummer Ian Matthews joined in 2004. Karloff left the band in 2006 and founded a new band called Black Onassis. Jay Mehler joined as touring lead guitarist in 2006, leaving for Liam Gallagher's Beady Eye in 2013, to be replaced by Tim Carter. Meighan left the band in July 2020.


In 2010 and 2014, Kasabian won the Q Awards for "Best Act in the World Today", while they were also named "Best Live Act" at the 2014 Q Awards and the 2007 and 2018 NME Awards. The band's music is often described as "indie rock", but Pizzorno has said he "hates indie bands" and does not feel Kasabian fit into that category.


Kasabian have released six studio albums – Kasabian , Empire , West Ryder Pauper Lunatic Asylum , Velociraptor! , 48:13 , and For Crying Out Loud . The band's music has been described as a mix between The Stone Roses and Primal Scream with the swagger of Oasis. Their music has won them several awards and recognition in the media, including a Brit Award in 2010 for Best British Group, and their live performances have received praise, the most notable of which was their appearance as headliners at the 2014 Glastonbury Festival.


The band was formerly called Saracuse. They started recording at Bedrock Studios in Leicester where Chris Edwards worked as an engineer. The original band members came from Countesthorpe and Blaby, and the band formed while Pizzorno, Meighan and Edwards were attending Countesthorpe Community College. The first demo EP was produced by Scott Gilbert and handed to the band on 24 December 1998. Three songs were recorded live: "Whats Going On", "Life of Luxury" and "Shine On". Their first public appearance was at the Vipers Rugby Club to celebrate Edwards' 18th birthday with family and friends. The band was signed to BMG by London DJ and producer Sam Young and changed their name to Kasabian, after Linda Kasabian, a member of the Charles Manson cult who later went on to testify against Manson at his trial. In an interview with Ukula, bassist Chris Edwards explained how former guitarist Chris Karloff picked the name. Reading up on Charles Manson, the Kasabian name stuck with Karloff. "He just thought the word was cool... so it was decided", says Edwards.Kasabian is a common Armenian surname, from the dialectal Armenian ղասաբ ġasab taken from Arabic "butcher" and the patronymic ending յան -yan. Sam Young had been working at Concept Music, a small independent label, when the band's manager left the Saracuse demo on his desk. Concept wanted to sign the band and a two single deal was offered. However, Young did not take over managerial duties and did not solely get them signed instantly to BMG. EMI were interested in the band as well.


Their eponymous debut album was released in the UK on 13 September 2004, receiving good sales and generally positive reviews. During the recording, the band lived in a farmhouse near Rutland Water to avoid being disturbed. Kasabian featured at Glastonbury Festival 2005 on the "Other Stage".


Despite having two prior single releases with debut single "Processed Beats" and lead single "Reason Is Treason", it was their third single release "Club Foot" that gave Kasabian success in the UK Singles Chart. The song, which was written in the early years of Kasabian, went on to enjoy both critical and commercial success, and being performed at nearly every Kasabian live performance since its release.


This article uses material from the Wikipedia article "Kasabian", which is released under the Creative Commons Attribution-Share-Alike License 3.0.