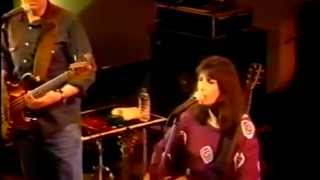 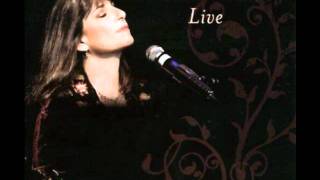 Karla Bonoff is an American singer-songwriter, primarily known for her songwriting. As a songwriter, Bonoff's songs have been interpreted by other artists such as "Home" by Bonnie Raitt, "Tell Me Why" by Wynonna Judd, and "Isn't It Always Love" by Lynn Anderson.


Linda Ronstadt has recorded a number of her songs, notably three tracks on the 1976 album Hasten Down the Wind , which introduced Bonoff to a mass audience, and "All My Life", a 1989 duet with Ronstadt and Aaron Neville.


Bonoff was born to Chester and Shirley Bonoff, and named after her paternal grandfather Karl Bonoff. Her family was Jewish. Her paternal great-grandparents and one of her maternal great-grandfathers were immigrants from the Russian Empire. One of her mother's grandmothers was born in Pennsylvania to Hungarian Jewish parents, while her mother's other grandparents were born in Austria and Germany.


In her early career, Bonoff sang background vocals for Ronstadt and Wendy Waldman before releasing her debut album in 1977, titled Karla Bonoff. Her other albums include Restless Nights , Wild Heart of the Young , New World and All My Life in 1999. Bonoff is best known as a songwriter, but she is also noted for her hit recording of "Personally", which became a No. 19 hit on the Billboard Hot 100 as well as No. 3 on the Adult Contemporary chart in the middle of 1982. She also recorded "Somebody's Eyes" for the Footloose soundtrack and "Standing Right Next To Me" on the 8 Seconds soundtrack.


Bonoff's first live album was released in September 2007. This double CD includes many of her best-known songs performed live in concert on October 24, 2004, in Santa Barbara, California . She was backed by her touring band, which includes the late Kenny Edwards and Nina Gerber plus long-time associate Scott Babcock .


Bonoff was also a member of the group Bryndle, which included Wendy Waldman and Kenny Edwards . The band also included Andrew Gold until he left in 1996. The group first formed in the late 1960s, but did not release any albums until 20 years later with two studio albums and a live album between 1995 and 2002.


This article uses material from the Wikipedia article "Karla Bonoff", which is released under the Creative Commons Attribution-Share-Alike License 3.0.

Higley Center for the Performing Arts,

Higley Center for the Performing Arts