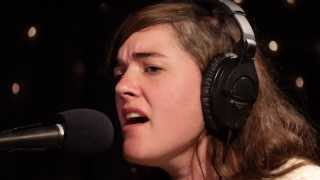 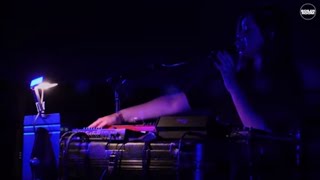 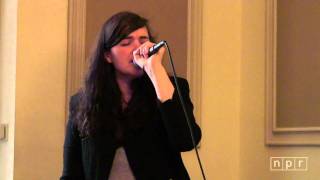 Julianna Barwick is an American musician who composes using electronic loops. Her first album was released in 2009.


Barwick has said that her music is influenced by her participation in church choir while growing up in Louisiana. She composes with a machine to create electronic loops built around her vocalizing.


She self-released her debut EP, Sanguine, in 2006. The songs are wordless with vocal overdubs, vocal percussion, and improvisation. On the EP Florine, she uses a loop station and pedals to create minimalist repetition accompanied by layers of vocals and synthesizers. In 2010, Barwick was commissioned to remix "Reckoner" by Radiohead. During the next year, she released an album of improvisational music with Ikue Mori.


She recorded her first full-length album The Magic Place on a rehearsal stage because it was sound proof and because it had a piano. The title of the album refers to a tree on her family's farm that was big enough to crawl into, as though the tree contained rooms shaped by the trunk and branches. In 2012, she formed the duo Ombre with Helado Negro and recorded the album Believe You Me.


The title of her second album, Nepenthe, was inspired by the death of a relative. The name comes from the drug of forgetfulness found in ancient Greek literature and the work of Edgar Allan Poe. The album features the string ensemble Amiina and a choir of teenage girls.


In 2016, the song "Nebula", from her third album Will premiered on NPR. A music video directed by Derrick Belcham was shot at the historic Philip Johnson Glass House.


On December 20, 2019 she released an EP titled Circumstance Synthesis, and in July 2020 she released her fourth album Healing Is a Miracle.


This article uses material from the Wikipedia article "Julianna Barwick", which is released under the Creative Commons Attribution-Share-Alike License 3.0.