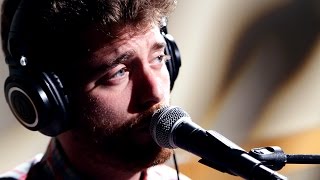 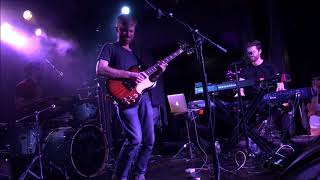 About Jukebox the Ghost

Jukebox the Ghost is an American three-piece power pop band formed in the Washington, D.C. metro area. The band consists of Ben Thornewill , Tommy Siegel and Jesse Kristin . The band has been active since 2006.


In 2003, Thornewill, Siegel, and Kristin met while attending George Washington University. and formed a band called "The Sunday Mail". After two years, they decided to change their name.


After they thought they had enough new material, they renamed themselves "Jukebox the Ghost". The name was a combination of words chosen democratically, with "jukebox" originating from the lyrics of a Captain Beefheart song and "ghost" as a reference to a Nabokov novel. In 2008, they released their first album, Let Live & Let Ghosts which was recorded during winter break of their senior year of college.


Jukebox the Ghost recorded a cover of Ace of Base's "Beautiful Life" for Engine Room Recordings' compilation album Guilt by Association Vol. 2, which was released in November 2008.


After releasing their debut album, they toured with Say Hi and Nightmare of You, among others. In 2009 they toured with Ben Folds, followed shortly by a tour with Jenny Owen Youngs in the United States. The band began recording their sophomore album "Everything Under the Sun" on September 29, 2009 at Tarquin Studios in Bridgeport, Connecticut, an indie recording studio that specializes in analog recording.


In February 2010, Jukebox the Ghost toured Europe with Adam Green of The Moldy Peaches. This was followed by more touring in the United States with the bands Tally Hall and Skybox. They took another break and started playing live shows once again in late May 2010 with the band Free Energy, and once headlined as a minor band at Lollapalooza in Chicago.


September 1, 2010 marked a major milestone for the band, as they appeared on the Late Show with David Letterman. Jukebox the Ghost opened for Barenaked Ladies during the fall of 2010 from October through November, and were a featured band on the Barenaked Ladies-hosted Sixthman cruise, Ships & Dip 4, in February 2011. Jukebox The Ghost also was a featured band on another Sixthman Cruise "Rombello" in September 2011, and toured with Guster soon after. The band opened for Jack's Mannequin and Motion City Soundtrack in 2012.


This article uses material from the Wikipedia article "Jukebox the Ghost", which is released under the Creative Commons Attribution-Share-Alike License 3.0.