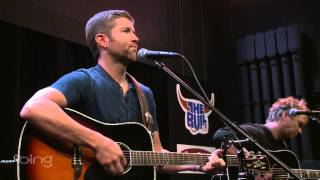 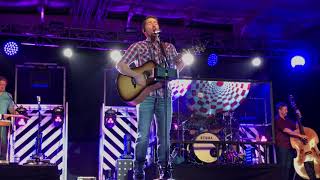 Joshua Otis Turner is an American country and gospel singer and actor. In 2003, he signed to MCA Nashville Records. That same year, his debut album's title track, "Long Black Train", was his breakthrough single release. His second album, Your Man accounted for his first two number-one hits: "Your Man" and "Would You Go with Me", while 2007's Everything Is Fine included a No. 2 in "Firecracker". Haywire, released in 2010, produced his biggest hit, the four week No. 1 "Why Don't We Just Dance" and another number one in "All Over Me". It was followed by Punching Bag , whose lead-off single "Time Is Love" was the biggest country hit of 2012 according to Billboard Year-End.


Turner was born in Hannah, South Carolina. Growing up in the church, he founded a gospel quartet called Thankful Hearts, where he sang bass, in addition to singing the bass and baritone parts in choirs.


In 1996, Turner developed a lesion on his right vocal cord. Turner was examined by the Vanderbilt voice clinic, where doctors advised him to let it heal on its own. Surgery was not needed, but he did have to rest his voice for a year. While Turner rested his voice back at home, he learned classical vocal technique and how to take care of his voice and avoid developing further problems. Turner states that he "learned how to whistle really well during that year."


After Hannah-Pamplico High School, he spent some time at Francis Marion University before moving to Nashville, Tennessee, to pursue a career in music and enrolled in Belmont University. After college, his fledgling career got a boost on Dec. 21, 2001, during his debut on the Grand Ole Opry, when he debuted a song he wrote titled "Long Black Train". He received a standing ovation in the middle of the song, then sang it again for an encore.


In early 2006, Turner released his second album, Your Man. The album's first single and title track, "Your Man", was written by Jace Everett, Chris DuBois and Chris Stapleton and released in late 2005. "Your Man" also climbed the charts slowly, eventually reaching No. 1 in early 2006. Your Man was certified Gold by the RIAA four weeks after its release, and went Platinum six months later.


This article uses material from the Wikipedia article "Josh Turner", which is released under the Creative Commons Attribution-Share-Alike License 3.0.