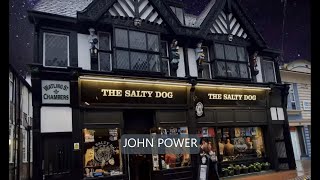 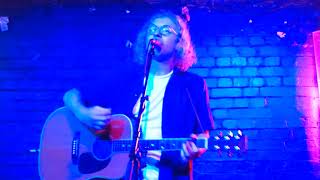 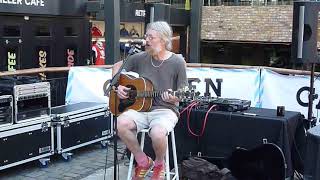 
John Timothy Power is an English singer, songwriter and rhythm guitarist. He was the frontman of 1990s Indie rock band Cast, and the bassist and backing vocalist for The La's from 1986 to 1991. Following the dissolution of Cast in 2001, Power embarked on a solo career.


In 2005, he briefly reunited with the La's, who split up again without releasing new material. Cast reformed in 2010, releasing the album Troubled Times in March 2012, followed by Kicking Up the Dust in April 2017. Power was born in Allerton, Liverpool.


Having previously struggled to find a permanent bass player since their formation, the La's recruited then 18-year-old John Power in July 1986 after he met Mike Badger at a course for unemployed musicians. Whilst still quite inexperienced on bass guitar, Power was mentored by Lee Mavers and the core trio of Mavers, Badger and Power rehearsed and performed extensively until December 1986 when Badger left the band. The La's fanbase grew rapidly after the arrival of Power and the group recorded some of the demos which helped them gain a record deal the following year.


For the remainder of the La's' history, the band's line-up would change frequently with a constant duo of Lee Mavers and John Power and various other guitarists and drummers. Power played on the band's early singles "Way Out" and "There She Goes" and was part of the recording of the band's debut album "The La's" released in 1990.


Whilst in the La's, John Power emerged as a songwriter himself and two Power-written songs "Alright" and "Follow Me Down" were performed live by the band during 1991. Following increased tension between Power and Lee Mavers, John Power left the La's in December 1991 and he went on to form Cast the following year.


It was then announced in 2005, that the La's were to reform for a series of headline and festival appearances in the UK, Ireland and Japan. Following these gigs and with no sign of new La's material, Power returned to his solo career.


This article uses material from the Wikipedia article "John Power", which is released under the Creative Commons Attribution-Share-Alike License 3.0.