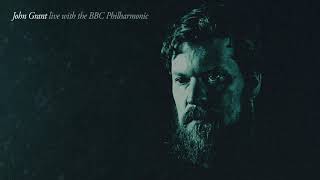 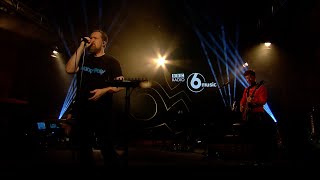 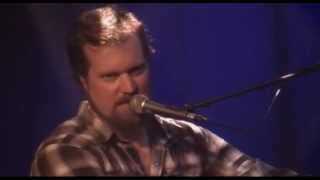 
John William Grant is an American singer, songwriter, and musician. He came to prominence as the co-founder, lead vocalist, pianist, and primary songwriter for the alternative rock band the Czars. After releasing six studio albums from 1994 to 2006, the band split up and Grant took a break from music before starting a solo career in 2010.


Grant's debut solo album Queen of Denmark was named in 2010 the best album of the year by Mojo. In 2015, his third solo album Grey Tickles, Black Pressure received widespread critical acclaim and peaked at No. 5 on the UK albums chart. His fourth album Love is Magic was released in 2018 and entered into the top 20 in the UK.


John William Grant was born in Buchanan, Michigan, on July 25, 1968, the son of a housewife mother and engineer father. He has three siblings, and grew up in a conservative Methodist household which was at odds with his emerging homosexuality. When he was 12 years old, the family moved to Parker, Colorado. He was bullied both physically and emotionally in high school. He would later sing openly, often with caustic candour, about the landmark experiences that pained him and shaped his life; it took Grant until his mid-20s to feel comfortable with his sexuality, having been raised in an environment where it was "clear that those people were going to Hell". Grant moved to Germany in 1988 to continue his study of languages. Bands he listened to at that time were "Ministry, Skinny Puppy, poppy stuff like Scritti Politti and Siouxsie and the Banshees and the Cocteau Twins".


In 1994, Grant returned to the U.S. and co-founded the alternative rock Denver-based rock band The Czars. They enjoyed critical success, releasing six studio albums, but commercial recognition proved elusive. While still with The Czars, Grant, who had always been a huge fan of the Cocteau Twins, met with Simon Raymonde. Raymonde had recently started the record label Bella Union and although not particularly looking for new acts at that time, he sensed the potential. He agreed to produce two Czars albums. After releasing Sorry I Made You Cry in 2004, the band split in 2006 and Grant took a four-year hiatus. The Czars' Best Of album was released in December 2014.


While still working and writing in New York, it was the Texan folk rock group Midlake who eventually persuaded Grant to return to the recording studio. They joined him to record and produce what would be his first solo album, Queen of Denmark. It was released on the Bella Union label in April 2010. Described as a "deeply personal album", it explores Grant's struggles with alcohol and drug addiction as well as his personal struggle to reconcile his sexuality. Grant described the members of Midlake as his "brothers" when interviewed for the publication MusicOhm.


This article uses material from the Wikipedia article "John Grant", which is released under the Creative Commons Attribution-Share-Alike License 3.0.