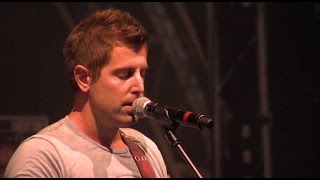 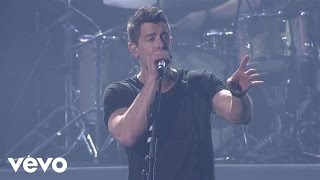 
Jeremy Thomas Camp is an American contemporary Christian music singer and songwriter from Lafayette, Indiana. He has released eleven albums, four of them RIAA-certified as Gold, and two live albums. Camp's original music is a mixture of ballads and up-tempo songs with rock influence. He has won five GMA Dove Awards, has been nominated for three American Music Awards, and was nominated for a Grammy Award for Best Pop/Contemporary Gospel Album in 2010 for his album, Speaking Louder Than Before. I Still Believe, a film based on Camp's first marriage, was released in 2020, with Camp being played by New Zealand actor KJ Apa.


Jeremy Camp was born in Lafayette, Indiana. His father Tom, the pastor at Harvest Chapel , taught him how to play guitar. After completing high school, Camp attended Calvary Chapel Bible College in Murrieta, California, for two years and earned an associate of theology degree and was ordained a minister. After one of the worship leaders heard him play in the kitchen of the school, he urged Camp to become a part of the worship team. Soon, he led worship and played all over Southern California.


His first independent album "Burden Me" was released in 2000. In 2002, he produced his first label album "Stay" with BEC Recordings.


Camp has scored 32 No. 1 hits on Christian Radio across all formats . His album Beyond Measure contributed six back-to-back No. 1 hits, including the track "Let It Fade" which held the No 1. spot for 10 weeks on AC Radio. His first single was "Understand". He has made ten music videos: "Understand", "Walk by Faith", "Take You Back", "Tonight", "Give You Glory", "Let It Fade", "I Am Willing" , "Speaking Louder Than Before", "The Way", and "Reckless".


Camp earned the top honors at the Twenty-Eighth Annual ASCAP Music Awards, winning the Songwriter of the Year award . "Take You Back" also earned him the Song of the Year award. Camp won two 2006 CCM Reader's Choice Awards, for Favorite Artist and Favorite Male Artist. He took part in the Dove award for Special Event Album of the Year, which went to Music Inspired by The Chronicles of Narnia: The Lion, the Witch and the Wardrobe. He released a special edition of his hit album, Restored. Four new songs were included on Restored: The Deluxe Gold Edition as well as a letter to his fans.


This article uses material from the Wikipedia article "Jeremy Camp", which is released under the Creative Commons Attribution-Share-Alike License 3.0.