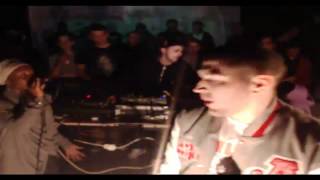 Jehst live in the Boiler Room 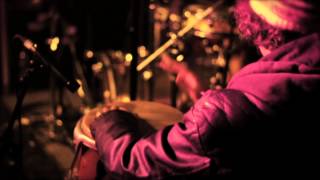 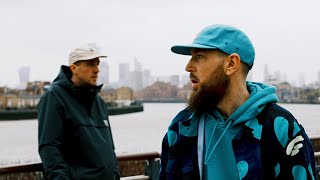 
Born in Kent in 1979, Jehst spent his early childhood in Crowborough in Sussex before moving to Huddersfield where he went to Honley High School. After being admitted to the LSE in London for a degree in Social Anthropology & Law, Jehst subsequently dropped out due to an offer of a record deal and an opportunity to set up his own label.


His debut release came in 1999 with the Premonitions EP on YNR Productions, which he co-founded with Leeds hip hop artist, Tommy Evans. Premonitions was recorded in Leeds with Evil Ed on production and featuring a number of early YNR artists such as Tommy Evans, Nmonic, Asaviour, Taharka, Usmaan, Nexus 6. An initial run of just 500 copies of the Premonitions EP are thought to have been produced and distributed by hand Jehsts solo career extended further when he appeared on Task Force's EP Voice of the Great Outdoors with the track 'Cosmic Gypsies', which resulted in a longtime association with Low Life Records. The release of four 12" records on the same label soon followed, while at around the same time in 2002 Jehst was also a pivotal member of the seven-man group Champions of Nature, whose members included AM, Apollo, L. Dolo, Lewis Parker, Profound, and Supa T . The group eventually released two EP's before disbanding, but not before the final release of the acclaimed album, The Return of the Drifter. Issued in June 2002, it was a double release with an accompanying 11-track CD of the same name. This was essentially a collection of previously released tracks and a cross-section of Jehst's work up to that point.


Furthermore, Shields had begun collaborating with producers such as Harry Love and Lewis Parker to further enhance his status as an established figure within the British hip hop scene. In 2003, he unveiled his debut album proper, Falling Down, which featured guest appearances from Lewis Parker, Supa T, Usmaan and Klashnekoff. Jehst's next solo instalment came in the form of the 2005 effort, Nuke Proof Suit. The following year saw Jehst's production project, Jehst Presents: Underworld Epics come to fruition. In 2007 The Mengi Bus Mixtape was released, accompanied by a string of live shows including a small run of shows in Australia.


Shields has also released material under the name 'Billy Brimstone' on his own label, YNR; the same label responsible for many up and coming and established British hip hop artists.


Jehst's next album The Dragon of an Ordinary Family was released in June 2011. The first single from the album, "Starting Over", was launched by a viral marketing video campaign in which a supposed Jehst fan recorded footage of the rapper appearing as a worker of the Post Office. 'Jehst Is My Postman' later turned out to be a PR stunt, as this recording was followed up by a music video of the single, featuring many other rappers dressed in a variety of costumes.


This article uses material from the Wikipedia article "Jehst", which is released under the Creative Commons Attribution-Share-Alike License 3.0.