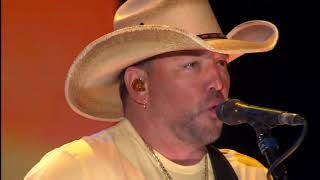 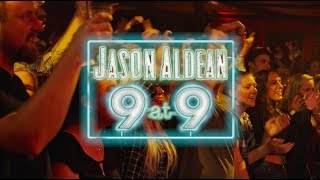 
Jason Aldean is an American country music singer, songwriter and record producer. Since 2005, Aldean has been signed to Broken Bow Records, a record label for which he has released nine albums and 35 singles. His 2010 album, My Kinda Party, is certified quadruple-platinum by the Recording Industry Association of America . His 2012 album Night Train is certified double-platinum, while his 2005 self-titled debut, 2007 album Relentless, 2009 album Wide Open, 2014 album Old Boots, New Dirt are all certified platinum. Aldean has received four Grammy Award nominations throughout his career, twice for Best Country Album.


Jason Aldine Williams was born in Macon, Georgia, on February 28, 1977. His parents separated when he was three. He was raised by his mother in Macon, and during the summer he spent time with his father in Homestead, Florida. Before his father went to his work, he would map out guitar chords on notebook paper to show his son where to place his fingers to play the chords and Jason would sit and practice all day while his dad was at work. When his dad got home, he got out his own guitar and they played together. Soon he could play a song after hearing it only a few times. His early favorites included George Strait's "The Cowboy Rides Away", Hank Williams Jr.'s "The Blues Man", and Alabama's "My Home's in Alabama".


Both of his parents encouraged young Aldean as he progressed musically. From age 14, after watching the country-music awards on television, he wanted to perform on stage. With his mother's help, he performed at the local hall of fame in Macon. He sang John Anderson's song "Seminole Wind" and Tracy Lawrence's "Sticks and Stones". He then began performing at area talent contests and local fairs. At 15, he joined the "house band" at Georgia nightspot Nashville S.


In order to stand out, Aldean changed the spelling of his middle name, Aldine, to come up with the name Aldean.


After high school, with his father's help, Aldean and his band performed at clubs and festivals around the Southeast. With Justin Weaver , Aldean began writing and recording original songs. In 1998, he performed songs from his first album at a showcase staged by Atlanta nightclub The Buckboard. He was approached by Michael Knox, then of the Warner-Chappell song-publishing company. After signing with Warner-Chappell, Aldean moved to Nashville on November 1, 1998, at the age of 21.


This article uses material from the Wikipedia article "Jason Aldean", which is released under the Creative Commons Attribution-Share-Alike License 3.0.