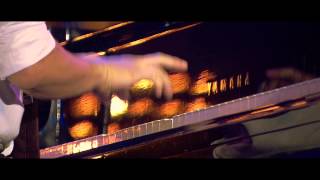 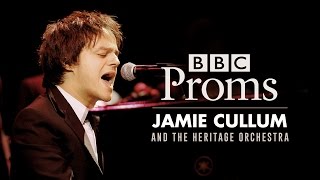 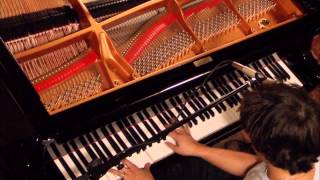 Jamie Cullum is an English jazz-pop singer-songwriter and radio presenter. Although primarily a vocalist and pianist, he also accompanies himself on other instruments, including guitar and drums. Since April 2010, he has presented a weekly evening jazz show on BBC Radio 2.


His Jewish father, whose mother had managed to flee Nazi Germany, was born in Jerusalem. His mother, whose father was Indian and mother Burmese, was born in Burma; when the Japanese invaded, the family left Burma and moved to Wales, with his mother aged five.


Cullum was born in Rochford, Essex, but was brought up in Hullavington, Wiltshire. He attended Grittleton House School until the age of 15, followed by Sheldon School in Chippenham. Contrary to some reports, he was not offered a place at the University of Oxford; he read English Literature and Film Studies at the University of Reading, from which he graduated with First Class Honours.


Cullum produced his first album, Heard It All Before, with only £480. It was released in 1999 with only 500 copies made. The success of the album led to an invitation to appear on Geoff Gascoyne's album Songs of the Summer.


Just after Cullum made his first television appearance, on Parkinson, in April 2003, he signed a £1m contract for three albums with Universal, who beat Sony in a bidding war. Cullum's second studio album, Twentysomething, released in October 2003, went platinum and became the No. 1 selling studio album by a jazz artist in the United Kingdom. Cullum ended 2003 as the UK's biggest selling jazz artist of all time.


Although primarily a jazz musician, Cullum performs in a wide range of styles and is generally regarded as a "crossover" artist with his musical roots firmly based in jazz. Cullum draws his inspiration from many different musicians and listens to an eclectic mix of music including Miles Davis.


This article uses material from the Wikipedia article "Jamie Cullum", which is released under the Creative Commons Attribution-Share-Alike License 3.0.