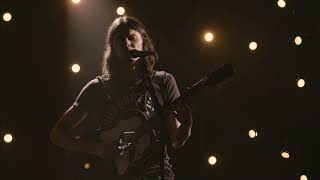 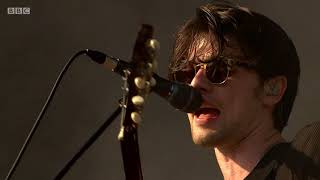 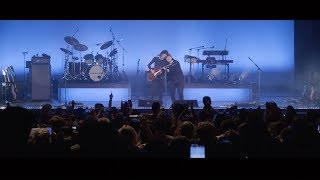 
James Michael Bay is an English singer-songwriter and guitarist. In 2014, he released his single "Hold Back the River", which was certified platinum, before releasing his debut studio album Chaos and the Calm . The album went to number one in the UK and number 15 in the US. In February 2015, Bay received the Brit Awards "Critics' Choice" award. At the 2016 Brit Awards he received the award for Best British Male Solo Artist. Bay also received three nominations at the 2016 Grammy Awards, for Best New Artist, Best Rock Album, and Best Rock Song. In May 2018, he released his second studio album, Electric Light.


James Bay was born to Jill, a former fashion illustrator for Marie Claire, and Nick Bay, a wine merchant. He has an older brother named Alex. Bay's parents brought him up in Hitchin, Hertfordshire where he attended Hitchin Boys' School. Aged 11, Bay was inspired to play classical guitar after hearing Eric Clapton's "Layla". He used an old rusty guitar with five strings he found in a cupboard in his house. Bay is a supporter of Newcastle United F.C.


When he moved to study in Brighton at the British and Irish Modern Music Institute seven years later at age 18 he played the city's open mic nights, on which he said, "That taught me a lot about writing and performing on my own and trying to hold my own". "I'm trying to make songs that make people feel something, and if I'm lucky, even move them".


Bay caught the attention of Republic Records A&R after a fan uploaded a video to YouTube of him performing at an open mic in London, and within a week, he signed to the label. His first EP, The Dark of the Morning, was released in 2013. Within a year, he was selling out his first UK headline tour.


Bay released his debut extended play, The Dark of the Morning, on 18 July 2013. His second EP, Let It Go, was released on 12 May 2014. The Let It Go EP debuted in the top 10 iTunes album chart and the lead single, titled "Let It Go", peaked at number 10 in the UK charts. Bay has performed live on the Burberry runway and has also recorded a Burberry Acoustic session. He toured with Hozier in 2014.


This article uses material from the Wikipedia article "James Bay", which is released under the Creative Commons Attribution-Share-Alike License 3.0.