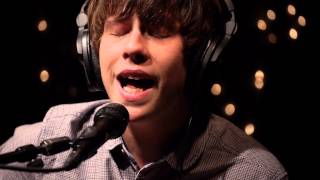 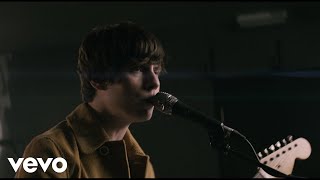 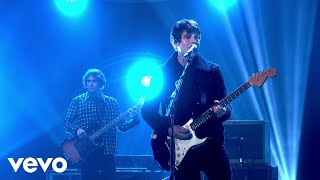 
Jake Bugg on 28 February 1994) is an English singer-songwriter. His self-titled debut album, Jake Bugg, some of which was co-written with songwriter Iain Archer, was released in October 2012 and reached number one on the UK Albums Chart. His second album, Shangri La, was released in November 2013 and his third, largely self-produced album On My One, in June 2016. His fourth album Hearts That Strain, a largely acoustic effort, produced by Dan Auerbach, was released in September 2017.


Jake Bugg was born Jake Edwin Charles Kennedy in Nottingham to musical parents who separated when he was young. His father, David Bugg, was a nurse, and his mother worked in sales, both parents having previously made recordings. He grew up in the Clifton council estate of Nottingham and started playing guitar at the age of 12 after being introduced to the instrument by his uncle Mark. He attended Farnborough School Technology College in Clifton. He has described a formative musical moment when, aged 12, he heard Don McLean's "Vincent " on an episode of The Simpsons. He was enrolled in a music technology course but, by the age of 16, he had dropped out and was writing and performing his own songs.


Bugg was selected to perform on the "BBC Introducing" stage at the 2011 Glastonbury Festival at age 16 after submitting material to their website, and subsequently signed to Mercury Records. His songs were then placed on various BBC Radio playlists, with "Country Song" being used in a national TV beer commercial for Greene King IPA.


Bugg's self-titled debut album was released on 15 October 2012. Talking about Bugg and his debut, Clash hailed the "precocious talent fusing retro folk with blistering contemporary rock riffs". On 21 October 2012 the song "Two Fingers" charted at 28 in the UK while the album reached number one in the UK charts. The album has sold 604,100 copies in the United Kingdom and is the 57th best selling album of the 2010s decade. Bugg's touring band drummer Jack Atherton and bassist Tom "Robbo" Robertson performed on five songs on the album.


On 22 May 2012, Bugg appeared on the BBC music programme Later... with Jools Holland. In July, he kept a long term promise and performed on legendary radio show "Notts Live", hosted by Bainy and Andy Haynes. In August 2012 Bugg was a supporting act for Noel Gallagher's High Flying Birds at Belsonic Music Festival, Belfast. On 1 October 2012, he performed live on the BBC Radio 6 Music programme Live at Maida Vale. In 2014, "Simple As This" was featured in the movie The Fault in Our Stars


Bugg had been in Malibu working with Rick Rubin and Iain Archer, and had had some interactions with Chad Smith from the Red Hot Chili Peppers, working on the drums to some of his songs, including the single "Broken". On 8 September 2013, Bugg tweeted, "2nd album done! Hope you're all well!" On 23 September 2013, Bugg announced his new album, Shangri La, along with a new single, "What Doesn't Kill You". Shangri La was released on 18 November 2013. This album is named after the studio Bugg recorded it in.Shangri La includes Elvis Costello's drummer Pete Thomas, and Chad Smith of the Red Hot Chili Peppers. The album has generally received positive reviews from the music community. Bugg was one of five nominees for the 2013 Brit Award for "British Breakthrough Act", which was voted on by BBC Radio 1 listeners. The award was won by Ben Howard.


This article uses material from the Wikipedia article "Jake Bugg", which is released under the Creative Commons Attribution-Share-Alike License 3.0.