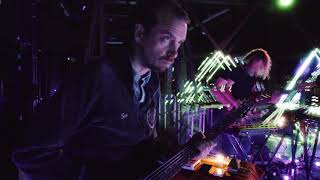 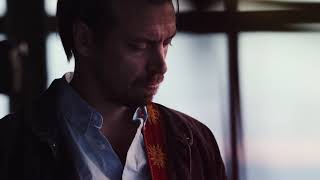 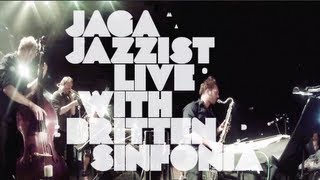 Jaga Jazzist is a Norwegian experimental jazz band, that rose to prominence when the BBC named their second album, A Livingroom Hush , the best jazz album of 2002.


The core of the band are the brothers and the main songwriters, Lars and Martin Horntveth. Martin formed Jaga Jazzist together with Ivar Christian Johansen in 1994 while they still were in their teens, though Johansen later left the group. The brothers are also prominent figures of the Norwegian pop act The National Bank.


After Magazine word spread about their fresh musical expressions and energetic live shows, and the band toured extensively before they signed a recording contract with Warner Music of Norway in 2000. The highly anticipated debut album for Warner, A Livingroom Hush, was released in 2001 and consists of a melodic and energetic mix of lounge jazz, cinematic themes and instrumental rock. The producer Jørgen "Sir Duper Man" Træen played an important role during the recording, and left his mark on the disc with his crackling electronics. A Livingroom Hush won the Norwegian music award Alarm Prize in 2002 and the same year was named Jazz Album of the Year by BBC listeners.


The band features trumpets, trombone, electric guitar, bass, drums, tuba, bass clarinets, Fender Rhodes, vibraphone and a rack of electronics, as well as strong melodies and rhythms. Talk Talk, Soft Machine, John Coltrane, Don Cherry, Aphex Twin, Stereolab, Squarepusher and Tortoise are frequently mentioned as sources of inspiration. Jaga Jazzist is widely considered to be one of the premier acts of the so-called nu-jazz movement of Scandinavia. Also, The Mars Volta cite Jaga Jazzist as one of their favourite bands. Jaga Jazzist's studio album, One-Armed Bandit, was released on January 25, 2010 on Ninja Tune.


In May 2013, Jaga Jazzist collaborated with the Britten Sinfonia to release Live with Britten Sinfonia on Ninja Tune, to a positive critical reception. All About Jazz's John Kelman wrote of the album:


"That Live with Britten Sinfonia was an album not necessarily intended to happen at the time of the recording only makes its release all the sweeter. This 35-piece marriage of Jaga Jazzist and Britten Sinfonia is capable of everything from earth-shattering power to refined beauty. With Britten conducted by the world-renowned Christian Eggen, Live with Britten Sinfonia is the vital document of an opportunity that no longer need feel missed by so many Jaga fans around the world—an album that, transcending their already significant accomplishments, demonstrates even greater potential for Lars Horntveth's writing and Jaga Jazzist's effortless performances."


This article uses material from the Wikipedia article "Jaga Jazzist", which is released under the Creative Commons Attribution-Share-Alike License 3.0.