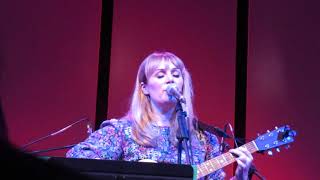 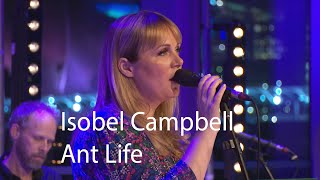 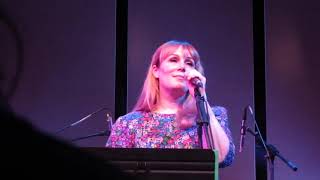 
Isobel Campbell is a Scottish singer-songwriter, cellist and composer. Campbell rose to prominence at age nineteen as a member of the Scottish indie pop band Belle & Sebastian, but left the group to pursue a solo career, first as The Gentle Waves, and later under her own name. She later collaborated with singer Mark Lanegan on three albums.


Campbell's music has been described as either indie pop, chamber pop or singer-songwriter. Regardless of genre, Campbell makes gentle and sombre music, often using classical instruments and her bright, slightly nasal voice with bittersweet and ironic songwriting.


Belle & Sebastian was formed in 1996 by Stuart Murdoch and Stuart David; Campbell had met Murdoch at a New Year's Eve party at age nineteen, and then participated in a recording session with Murdoch and David sponsored by Stow College's Music Business Administration curriculum. They named themselves Belle & Sebastian after a children's book of the same name. Murdoch was the lead singer on the first two albums, with Campbell playing cello, percussion and singing backing vocals. A classically trained cellist, Campbell also played keyboards. She also took lead vocals on a few songs from the band, and co-wrote their top-20 UK single "Legal Man".


Their follow-up was The Boy with the Arab Strap which contained the track "Is It Wicked Not to Care?" where for the first time Campbell sang lead vocals. The band's next album was Fold Your Hands Child, You Walk Like a Peasant. The album introduced many stylistic changes, such as a larger string section and more of the members singing lead vocals; Campbell sings on "Family Tree", and performs a duet with Stevie Jackson on "Beyond the Sunrise".


Most of 2002 was spent on touring and recording a soundtrack album, Storytelling . Campbell left the band in spring of 2002, in the middle of their North American tour.


This article uses material from the Wikipedia article "Isobel Campbell", which is released under the Creative Commons Attribution-Share-Alike License 3.0.