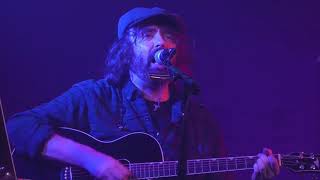 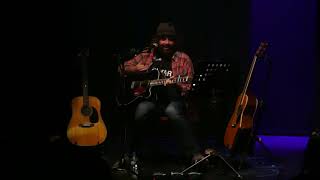 
Robert Ian McNabb is an English singer-songwriter and musician. Previously the frontman of The Icicle Works, McNabb has since embarked on a solo career and performed with Ringo Starr, Neil Young/Crazy Horse,Mike Scott , and Danny Thompson of folk band Pentangle.


Robert Ian McNabb was born in Lourdes Hospital in Mossley Hill, Liverpool, the first and only child of Patricia and Robert Gerard McNabb. At 18 months old he contracted pneumonia, leaving him with a damaged left lung.


He had a brief stint as a child model, and a resultant photo was later featured on the album art of Potency: The Best of Ian McNabb.


Following seeing 2001: A Space Odyssey as a child, McNabb has been an avid space-enthusiast. He has also been a supporter of Liverpool F.C. since childhood.


McNabb cites his earliest musical influences as being from watching T. Rex's "Born to Boogie" and That'll Be the Day starring David Essex at the age of 10. After this he began attending guitar and music theory lessons.


This article uses material from the Wikipedia article "Ian McNabb", which is released under the Creative Commons Attribution-Share-Alike License 3.0.