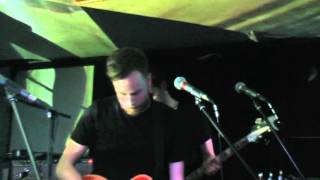 
I Like Trains have had their music featured on Hollywood film trailers, adverts and television, including an episode of CSI: Miami.


I Like Trains formed in 2004 and consists of David Martin , Guy Bannister , Alistair Bowis and Simon Fogal , the same year they self-released a single called "Autumn 2004". In 2005 they self-released another single "Stainless Steel" and later on in the year they released their first official single, "Before the Curtains Close", on Dance to the Radio limited to 500 copies on 7" vinyl. In June 2006 they released their debut EP, Progress Reform, was released on Fierce Panda Records and the song "Terra Nova" was released as a single and it went at number 132 in the UK Chart. In 2007, they released their debut album Elegies to Lessons Learnt on Beggars Banquet Records, the songs on the album are based on tragic historical events and figures and the songs were created after thorough research and study. Three singles were released from the album, "Spencer Perceval", "The Deception" and "We Go Hunting". Elegies to Lessons Learnt then went at number 17 in the UK Indie Chart. In late 2008 the band released their second EP The Christmas Tree Ship.


Having been dropped by their record label, Beggars Banquet, the band founded their own label ILR in 2009 and released their second album He Who Saw The Deep in 2010 which had two singles, "Sea of Regrets" and "A Fathers Son". They used crowd-funding platform PledgeMusic to raise money to produce and release the album.


In 2012 they released their third album The Shallows.


To celebrate ten years in existence and also the centenary of the Brudenell Social Club, I Like Trains performed a special gig at the venue in Leeds where for the first time they performed Progress Reform in full. Progress Reform was also remastered and re-released on 4 November 2013 as a 500 copy, limited edition vinyl album.


This article uses material from the Wikipedia article "I Like Trains", which is released under the Creative Commons Attribution-Share-Alike License 3.0.