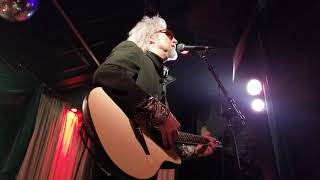 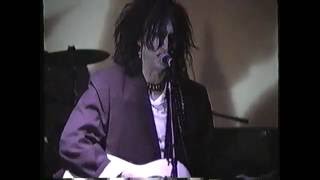 Human Drama is an American alternative rock band led by singer/songwriter Johnny Indovina formed in 1985. The band released six studio albums before splitting in 2005. They reformed for concerts in 2011 and 2012, and again in 2015. In 2017 they released their 1st studio album in 15 years, Broken Songs for Broken People featuring the singles/videos "Rain On Me", "The Liar Inside" and "Like This One". Broken Songs was followed by series of singles in 2019-2020, and a full length album "Blurred Images" in April 2021 on Sunset Blvd. Records.


Indovina began his career in New Orleans in 1980 in the Models. with Indovina, Michael Ciravolo , Steve Fuxan and Charlie Bouis . Upon relocating in 1985 to Los Angeles they changed their name to Human Drama with the addition of Mark Balderas . Human Drama quickly became an integral part of the "Scream Scene" which developed around the underground LA club Scream.


Signed to RCA Records in 1988, Human Drama released an EP, Hopes Prayers Dreams Heart Soul Mind Love Life Death , and an album, Feel, a year later, both of which were produced by Ian Broudie .


Human Drama next signed to Triple X Records and released The World Inside in 1992. A video for "This Tangled Web" was directed by long-time friend, roadie and tour manager for the band, Dave Eddy. The album proved so popular that Triple X eventually released a companion six-video compilation that featured detailed narration by Indovina.


Pinups, a collection of cover songs, was released in 1993, followed by the Human Drama EP in 1994 and Songs of Betrayal in 1995, both on Projekt Records. In 1998 14,384 Days Later, a live, career-spanning retrospective was released on both Hollow Hills/Triple X and the Mexican Opcion Sonica label. A book of Indovina's lyrics, My Bag of Secrets |My Bag of Secrets...the Words of Human Drama, was published in 1997. The following year brought Solemn Sun Setting, the band's seventh album, and in 2000, Triple X released The Best of Human Drama...In a Perfect World.


Indovina then released Momento's En El Tiempo, the first live document of his solo acoustic shows. Produced by long-time Human Drama guitarist Michael Ciravolo, the disc was culled from several performances recorded between 1995 and 2000 in venues ranging from CBGB's in New York City to Café Bizarro in Mexico City.


The last album by Human Drama before the group disbanded in 2005 was Cause and Effect, released in the US on Projekt Records and in Latin America by Noise Kontrol.


This article uses material from the Wikipedia article "Human Drama", which is released under the Creative Commons Attribution-Share-Alike License 3.0.